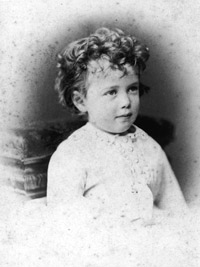 ­When you rub your socked feet on the carpet and zap yourse­lf on a doorknob, you're experiencing static electricity. Lightning is static electricity but on a scale your socks could never produce: It's three times hotter than the surface of the sun and could power a 100-watt bulb for more than three months [source: National Lightning Safety Institute]. Lightning has long fascinated people, motivating them to create myths about its origin and inspiring legendary experiments with electricity.

While we're all familiar with lightning, it's estimated that between one in 30 and one in 150 people around the world believe they have seen balls of lightning hovering over the ground, floating through walls and even killing people [source: National Geographic]. Stories of these glowing spheres go as far back as the Middle Ages, maybe even as far back as the Ancient Greeks. However, a recorded case didn't occur until the 18th century when Georg Richmann, a pioneer in research on electricity, was killed by what's believed to have been ball lightning.

Perhaps one of the most famous ball lightning sightings was by a young Czar Nicholas, grandson to Czar Alexander II, who witnessed a flaming orb during a church service in the 19th century. But even sightings by tsars left people skeptical. Were these balls actually lightning? Perhaps otherworldly phenomena? The skepticism began to wane in 1963 when a group of scientists flying from New York to Washington, D.C., witnessed a blazing orb drift down the aisle and disappear through the rear of the plane. Looking to explain what they saw, research began.

Do fiery balls that melt glass, hover over the ground and float through walls really exist? Let's find out more about the phenomenon of ball lightning and the possible explanations for it.

Explanations and Theories of Ball Lightning 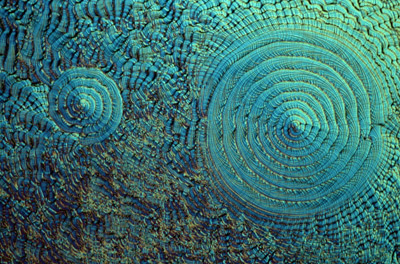 Silicon, which occurs in the ground, could be the culprit behind ball lightning.
Kim Steele/Photodisc/Getty Images

Ball lightning appears as glowing orbs that seem to occur during thunderstorms, usually following a lightning strike. These floating fireballs shine as brightly as a 100-watt lightbulb; can be white, yellow, orange, red or blue in color and are typically about the size of a small grapefruit, although sightings suggest they can range in size from golf ball to beach ball.

Emanating from the fireball are little tendrils that seem to jerk the ball around as if it was under the power of a spastic puppeteer. They move slowly and erratically and are followed by smoke trails that form spirals around them. And after a moment, they disappear.

There's no scientific explanation for balls of lightning, although there are several proposed theories.

Throughout history, speculations about the cause of ball lightning have ranged from the existence of standing waves of electromagnetic radiation to plasma clouds and from short-circuiting power lines to St. Elmo's Fire. The more unusual explanations suggested mini black holes created during the big bang or a possible alien presence. While no theory has yet to explain ball lightning, a promising theory focuses on silicon.

The most popular current theory, proposed by John Abrahamson at the University of Canterbury in Christchurch, New Zealand, suggests that ball lightning is the result of a chemical reaction of silicon particles burning in the air.

When lightning strikes the ground, silicon that occurs naturally in soil combines with oxygen and carbon and turns into pure silicon vapor. As the vapor cools, the silicon condenses into a fine dust. The particles in this fine dust are attracted to each other by the electrical charge created by the lightning strike, binding together into a ball.

The glow and heat come from the chemical energy created as the silicon recombines with oxygen in the air. And once the silicon has burned out, the ball lightning disappears.

This theory also suggests materials other than silicon -- such as aluminum and iron metals -- may also cause the orbs, and that any atmospheric discharge, not necessarily lightning, may explain why ball lightning has been sighted near power poles, electrical fitters, and even active faults.

Scientists are taking this hypothesis into their labs. Researchers Antônio Pavão and Gerson Paiva of the Federal University of Pernambuco in Brazil have been working with the silicon hypothesis and believe they have verified the theory with silicon substrate and a high-voltage arc. They applied 140 amps of electricity to silicon substrate, which vaporized the substrate and sometimes produced golf ball-sized fireballs.

Eli Jerby and Vladimir Dikhtyar, of Tel Aviv University in Israel, successfully (and accidentally) recreated ball lightning with a device they call a "microwave drill." This microwave drill is made from a 600-watt magnetron taken from a conventional kitchen microwave oven and a powerful microwave beam capable of penetrating solid objects. The tip of the drill -- a pointed rod -- aims the beam at a solid substance (silicon, glass, alumina were among the materials tried) and creates a hot spot in the solid. When the drill is pulled away from the hot spot, the drag produces a fireball resembling ball lightning.

How ball lightning seems to float through walls, however, is still up for debate.

To find out more about lightning and electricity, look over the list of resources on the following page.

Battle Epic: When Hurricanes Clash With Volcanoes
Yes, Wind Can Blow You Away If It's the Right Speed
1816 Was the Year Without a Summer