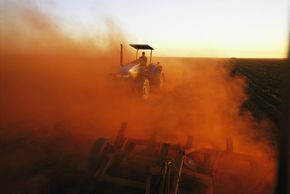 What happens when climate variations and human actions such as land clearing, urbanization and unsustainable agricultural habits mix? The combination results in an ecological crisis: land degradation. When land degrades, it can no longer properly absorb, store and recycle water, nutrients and energy. Land degradation in arid, semi-arid and dry, subhumid areas (drylands) is called desertification.

In dryland a­reas, soil is fragile, vegetation is thin and the climate is merciless. Drylands cover more than 40 percent of our planet, and their susceptibility to desertification puts more than 1 billion people at risk for poverty and starvation [source: USDA].

­While you may think this problem affects only areas we consider hot and arid, such as Southern Africa, desertification affects every continent except Antarctica. And the United States isn't immune to this crisis. Data from the last 30 years indicates the American Southwest is getting warmer and drier. Could the continental U.S. become a desert within the next 50 years? Let's look at how the stresses on our ecosystem -- brought on both by humans and nature -- are dramatically changing our landscape. 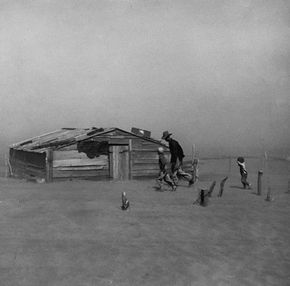 While the dust bowl ravaged the Great Plains, many farmers stayed on to try to make a go of it.
Arthur Rothstein/Resettlement Administration/Time & Life Pictures/Getty Images

­While deserts expand and contract naturally, it's important to understand that desertification is different from this natural cycle. Desertification is also far from being a new global crisis: Ancient empires, including Sumeria, Babylon and Rome, were dealt its debilitating effects. Unfortunately, there is no one reason we can point to as the cause of desertification, but rather a combination of climate and our own mistakes, ignorance and actions.

Desertification is triggered mainly by the overuse of land and unsustainable agricultural practices (overcropping, overgrazing, poor irrigation and deforestation) which lead to­ a loss of natural vegetation and healthy soil. An expanding human population and urban living area as well as the low level of priority placed on environmental protection efforts also contributes.

Currently, the most endangered regions are near the world's five main deserts, including the Sonoran Desert which lies in Northwest Mexico and the Southwest United States; the Atacama Desert in South America; the Kalahari Desert in Southern Africa; most of Australia; and the large desert mass made up by the Sahara, Arabian, Great Indian, Taklimakan, Gobi and the deserts of Iran and the former Soviet Union.

Seventeen states in the Western U.S. can be categorized as arid, semi-arid or dry subhumid based on climate and soil type; this characterizes them as vulnerable to desertification. The most severely affected areas in the U.S. are in New Mexico, Texas and on the Navajo Indian reservation in New Mexico and Arizona. Overgrazing, which has led to wind and water erosion, and poor irrigation are the leading causes of desertification in the U.S., and scientists believe it's unlikely these areas will mend naturally from the damage in the next 100 years.

With the establishment of the Soil Conservation Service after the damaging 1930s dust bowl, the U.S. recognized desertification as a national problem and the government began providing financial support and resources to put appropriate agricultural practices into place. Together, state and federal agencies and nongovernment organizations work with private ranchers, farmers and developers on technologies that help reduce soil loss, improve irrigation and draw on renewable energy sources.

Land health in the U.S. is an ongoing and considerable ecological problem. In 2007, scientists noted the disappearance of green oases that used to dot the desert landscape as well as an increase in temperature and drought in the Southwest.

For more information about climate, climate change and efforts to combat desertification, visit our resources below.

As a result of poor farming practices and drought, the U.S. became intimately acquainted with desertification in the 1930s. Farmers set the stage for the dust bowl period as they plowed the natural prairie grasses in the Great Plains to make room to farm wheat. Unlike the natural grasses, wheat wasn't hearty enough to endure drought. Crops died and the bare land was left exposed to the elements. Catastrophic dust storms whipped across the plains, eroded soil­, reduced visibility and caused lung illnesses. Three million people abandoned their farms on the great plains, most headed out West.

As a result of the dust bowl, the U.S. government created the Soil Conservation Service a group for researching and funding ways to fight the threat of desertification in America.

Maria Trimarchi "Will the U.S. be a desert in 50 years?" 14 July 2008.
HowStuffWorks.com. <https://science.howstuffworks.com/nature/climate-weather/atmospheric/us-desert-50-years.htm> 10 August 2022
Print | Citation 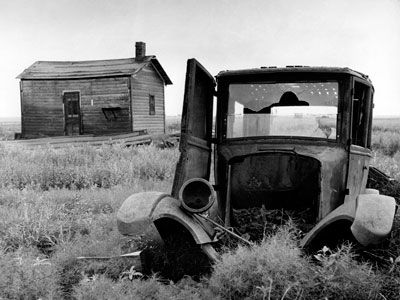