It's winter. The sky is clear, the air crisp, the temperature has dipped below freezing. You're rolling down the interstate at 70 miles (112 kilometers) per hour, not a care in the world. It's practically a winter wonderland.

But have you ever heard of a snow squall? If you have, then you should know the first rule of winter driving when a snow squall bares its icy teeth: Slow the heck down.

Snow squalls don't happen in every place that has winter weather. And even in those locales that do, snow squalls aren't everyday events. But if you happen to live or travel in one of those wintry places, squalls come around occasionally enough that you should be aware that they're not to be trifled with. Snow squalls, as brief as they are (most last no longer than 30 minutes), are serious. Sometimes deadly serious.

"Think of them as a winter weather analog to a severe thunderstorm," says Pete Banacos, a science and operations officer at the National Weather Service Forecast Office in Burlington, Vermont. "You're dealing with that kind of intensity. It's not as unstable, but it's the same type of atmospheric process."

In winter weather parlance, there are snowstorms and there are snowstorms. A snow squall is a legitimate, recognized weather phenomenon, a storm that deserves the italics. In the U.S., squalls can occur anywhere from the northeast (Vermont has several of them every year) to the upper plains to the foot of the Rockies. Anyplace it snows, in fact, can be smacked with a squall if the conditions are right.

But let's back up for a second: What is a snow squall? Not as snow-heavy or as long-lasting as a blizzard, but more than a little flurry, squalls "are brief, intense snow showers accompanied by strong, gusty winds. Accumulation may be significant. Snow squalls are best known in the Great Lakes region," according to the National Severe Storms Laboratory (which, like the NWS, is a division of the National Oceanic and Atmospheric Administration, an arm of the U.S. Department of Commerce).

Banacos has been researching snow squalls for more than a decade. A few years ago, he and some colleagues conducted a study of 36 squalls over a 10-year period in upper New York and Vermont. The February 2014 study, published in the Journal of Operational Meteorology, found that the median duration for a snow squall was only 17 minutes. The accumulation of snow, at least for the 11 squalls in the study that affected Burlington, was only about an inch (2.5 centimeters).

The Awesome Power of Snow

But an inch of snow in, say, only 20 minutes or so, with swirling winds that Banacos says can be well in excess of 35 mph (56 kph), makes for near whiteout conditions. Visibility in snow squalls, by definition, is less than a quarter-mile (0.4 kilometers). The storms, like thunderstorms, can even include lightning.

"A big part of this is just the surprise factor. People are driving along, it can be clear blue sky, and then all of a sudden you run into a snow squall," Banacos says. "Maybe someone left their house and all they heard was there's a 30 percent chance of snow showers today. Then the next thing you know, they're in these blizzard-like conditions."

Add slick roads, especially in mid-winter when surfaces are most likely to freeze, and you have the potential for deadly multivehicle pileups that can cause millions of dollars of damage. In December 2019, 30 vehicles wrecked in Union County, in central Pennsylvania, during a snow squall. Two people died and as many as 44 others were injured. Twenty-nine vehicles wrecked in November 2020 along a Minnesota interstate during a snow squall, injuring nine. Some 200 vehicles were involved in a snow squall pileup in Michigan in 2015.

Those defining characteristics of a snow squall — brief and intense, with whiteout conditions — make the storms dangerous if you're on the road but awesome to watch if you're not. In December 2020, a Twitter user captured video of one as it rolled over Steamboat Springs, Colorado.

And this one that engulfed New York City in December 2019:

Making it Through a Snow Squall

Snow squalls often happen on the leading edge of an arctic cold front. When the supercharged cold air hits warmer air, convection — the vertical transfer of air — causes heavy winds, flash freezes and snow. In a matter of a few minutes that sunny, speedy day out on a dry interstate can turn to tragedy.

That makes predicting squalls, and alerting motorists to their possibility, critically important.

"We've gotten a lot better," over the past decade or so, Banacos says. "Typically we'll know there's potential two to three days in advance. And then, down to the level of being able to say precisely what cities and towns, at what hour, will be impacted, we can get a feel for that six to 12 hours in advance. That's when we can really pin it down.

"And then once we see the snow squall actually on radar, that's when we can issue a snow squall warning, and the National Weather Service meteorologists can go ahead and draw those warnings."

Once meteorologists see a snow squall on radar, they issue alerts, including Wireless Emergency Alerts to WEA-capable cellphones in the area. They include a special tone and vibration, repeated twice, similar to emergency calls like Amber Alerts. The short message: "Sudden whiteouts. Icy roads. Slow down!" The longer one: "Slow down or delay travel! Be ready for a sudden drop to near zero visibility and icy roads in heavy snow."

Experts advise avoiding travel when a snow squall is forecast. If you're already on the road, get off as soon as is safely possible. And if you're stuck on a long stretch of highway when a sudden snow squall descends, the best advice is to turn on your headlights, leave a lot of room between you and other vehicles, stay off your brakes if possible to avoid losing control on the slippery road surface ... and slow the heck down.

A snow squall might seem like a blizzard when you're in it, and the two weather phenomena share some qualities. But, according to the NWS, a blizzard has to last at least three hours with snow falling; squalls don't last nearly that long. If winds whip up existing snow, but with no new falling snow, it's called a ground blizzard. 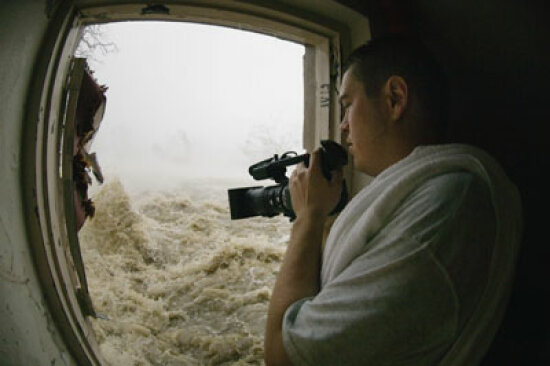 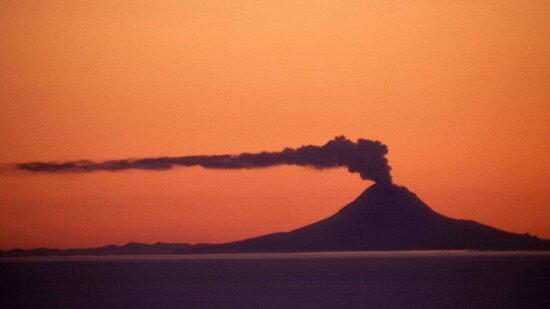 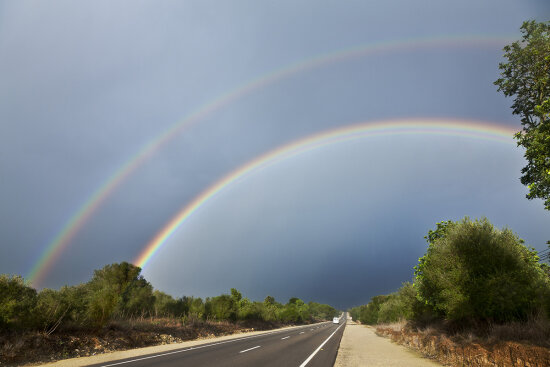 What is the rarest weather phenomenon?