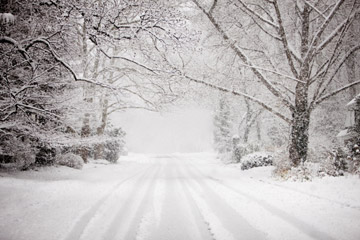 Anyone who's ever lived in a chilly climate knows snowstorms well. Sometimes the weather forecast gives ample warning, but other times these storms catch us by surprise. Plows struggle to keep roads clear, schools are closed, events are canceled, flights are delayed and everyone gets sore backs from all the shoveling and snowblowing.

But there are those rare snowstorms that exceed all forecasts, break all records and cause mass devastation (even if it's devastation that will melt in a few days or weeks). These storms are the worst of the worst, weather events that seem more like elemental blasts of pure winter rather than a simple combination of wind, temperature and precipitation.

Defining the 10 "biggest" snowstorms can be a tricky task. You can't simply rely on objective measures like the amount of snow. Often, the worst storms involve relatively modest snowfalls whipped into zero-visibility by hurricane-force winds. Some storms are worse than others because they impact major urban areas, or are so widespread that they affect several major urban areas. Timing can play a role as well -- a storm during weekday rush hour is worse than one on a Saturday morning, and a freak early storm when leaves are still on the trees can cause enormous amounts of damage. In fact, meteorologists have developed a system similar to the one used to classify hurricanes to measure the severity of winter storms. The Northeast Snowfall Impact Scale (NESIS) takes in account a variety of factors and generates a single number that signifies a storm's severity, usually on a scale from one to 10 -- and sometimes higher [source: Science Daily].

With those factors in mind, here is our list of the biggest snowstorms of all time.