by Chris Opfer Jun 22, 2016
In Camel Racing, Robot Jockeys Are The Norm Newsy

Robots are already eliminating the human touch from bank teller booths, factory floors and fast-food restaurants. Apparently, some engineers and racing fans in the Middle East also want to leave the work of racing camels to the machines.

Head on down to some of the race tracks outside of Abu Dhabi, Wadi Run or Al Ain and you won't find humans straddling the camels that gallop around a large oval track. The beasts average speeds of about 25 mph (40 kph) during a race, and are instead "manned" by small, 6-lb (2.7-kg) robots. The remote-control machines come complete with their own makeshift racing jerseys and camel whips, and their operators command the bot jockeys from cars that whirl around next to the track during a race.

That sure does sound like a lot of work – and probably some serious traffic jams – especially when real live humans have been racing camels for centuries. But while the global rise of the machines is often decried as taking the human element out of a wide range of life, this time the switch to robots in places like Jordan and Kuwait appears to be a good thing.

It's eliminating what had been a common practice of using child slave labor to race camels, where children were used to jockey camels due to their small size. The practice was banned in the United Arab Emirates in 2005, for instance, and the move to robot jockeys is helping ensure that it's a thing of the past.

A camel spurred on by a remote-controlled robot jockey crosses the finish line in a camel race in Kuwait City, Kuwait.
Yasser al-Zayyat/AFP/Getty Images
Now That's Interesting
The world's first robot marathon was held in Western Japan in 2011.

Breaking the Law to Enforce It: Cops and the Supreme Court

Amazing Water Dogs to the Rescue! 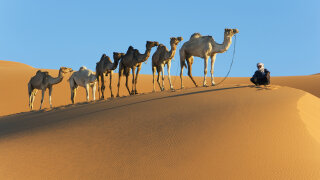 How long can a camel go without water? 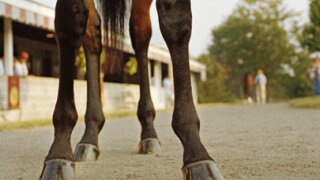 Do horses with broken legs have to be shot? 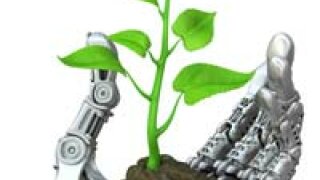