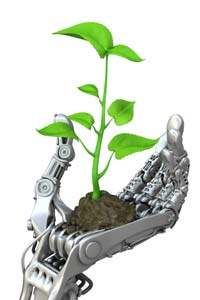 Just what can a robot do for the environment?
© iStockphoto.com/Inok

Face it, you probably don't think of robots as being particularly environmentally friendly. After all, what are they but mechanical imitations of organic life? In our homes, they depend on socket-charged batteries to vacuum our floors. In fiction, they manage to pollute the atmosphere with their fiery burps, to crush cities and, occasionally, to attempt to kill off the human race.

Of course, there are always Earth-loving, silver screen robots like Pixar's "Wall-E" or the drones from 1972's "Silent Running" to consider as well, but what about in real life? You might be surprised to learn that developers have dreamed up a number of robots with green designs and green directives. Let's meet a few of them, shall we? 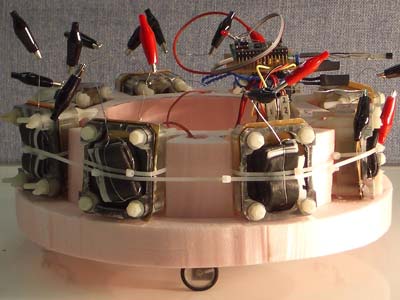 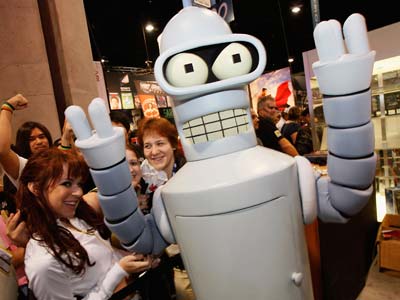 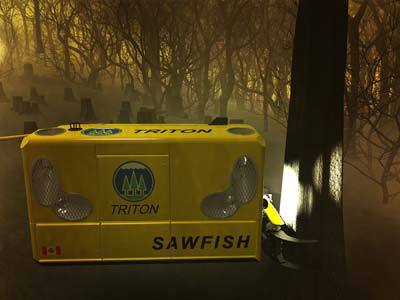 There are plenty of robotic submarines out there, from the Sawfish underwater lumberjack to such deep-diving explorers as the deep-sea Zeus II. Although these machines make it possible for humans to explore such fishy realms from a safe distance, they lack the finesse of good old Mother Nature.

On one hand, you have creatures such as the octopus, which can ghost across fragile coral landscapes and squeeze itself through the tightest of spaces. And then, in humanity's corner, you have enormous bulky subs with small, cumbersome arms.

Researchers from Greece, Italy, Israel, Switzerland, Turkey and the United Kingdom have proposed a compromise: soft, robotic tentacles. Cleverly dubbed the roboctopus by the likes of New Scientist magazine, the resulting underwater robot would be able to dance its way into delicate environments without disrupting or damaging the surroundings. While there's nothing inherently green about biomimicry (you could, in theory, build a robot crab programmed to eat hybrid cars), the roboctopus would allow scientists to better hunt for signs of climate change in narrow ocean floor cracks and amid fragile coral.

Every soft tentacle would contain four cords, each containing electroactive polymers that contract when hit with an electric field, causing the tentacle to flex this way or that. Developers are still working up to producing an actual prototype, but it could represent the ultimate in less invasive seafloor exploration.

Sure, robot octopi may one day comb the ocean floor for signs of global warming, but then what? What robots will save us if we need to turn down the planetary thermostat a few degrees to avoid environmental catastrophe? Well, lucky for us, professors John Latham and Stephen Salter have thought up a solution. How does a fleet of about a thousand robotic, cloud seeding ships sound?

The idea behind this geoengineering (or planet hacking) scheme is that by reflecting a mere 3 percent more solar radiation, we could counter a great deal of the global warming brought on by increased carbon dioxide production [source: Latham]. To get that added reflectivity, you could blast giant mirrors into orbit, paint more roofs white or create more cloud cover, which serves as a natural solar radiation reflector.

Latham and Salter's plan calls for these automated vessels to constantly blast seawater up into the air to form low-level cloud cover. What's the downside? Well, scientists are unsure what impact such atmospheric tinkering could have on the planet's weather patterns -- to say nothing of the costs involved. Still, you can't doubt the green agenda of robots designed to protect melting polar icecaps.