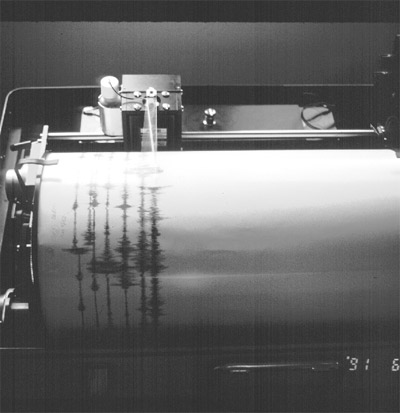 One of the most frequently used devices in a ghost hunt is an EMF detector, sometimes known as a TriField® meter. These devices detect fluctuations in magnetic, electric and radio/microwave energy levels. Some investigators have speculated that anomalous readings in those energy fields are a sign of a ghost.

According to Joe Nickell, however, the use of such equipment is unnecessary and unscientific. "Why would we even be taking EMF detectors when we have no scientific evidence that they detect ghosts?"

As a result, Nickell doesn't spend too much time trying to get photos of ghosts or audio recordings of ghostly voices. Instead, he brings a camera to photograph evidence, his questionnaires, a notebook and a tape recorder for interviews. He also keeps a forensic-evidence collection kit handy, just in case some physical traces of a ghost do show up. He once investigated a Kentucky farmhouse with a door that supposedly dripped blood when it rained. He collected some of the substance on the door, and analysis showed it to be rust and other materials from the roof washing down with the rainwater.

This magnifying lens has been used to examine hundreds of supposed holy relics, monster footprints and physical traces left by ghosts. In the background are several of the modules Nickell uses to put together an investigator's tool kit appropriate to each case.
Photo courtesy Ed Grabianowski

If the evidence needs further clarification, Nickell sometimes calls in scientists or specialized equipment to conduct further analysis. Nickel was not present at Atlanta's "House of Blood," where a witness stated that blood had "oozed" up out of the floor, but he obtained crime scene photos showing blood on the floor and walls. Nickell consulted a forensic expert in blood-splatter patterns, who looked at the photos and determined that the blood had been squirted at the walls, probably out of a syringe.

If Randy Liebeck and Joe Nickell are indicative of the field, real-life ghost busters aren't running around blasting ghosts or sucking them into special traps like in the movies. There's no containment unit housing thousands of captured spirits. And there isn't any way to guarantee the removal of a ghost.

Most ghost hunters are mostly trying to document paranormal phenomena and possibly find explanations for them. Randy Liebeck explains that in some cases, certain rituals designed to remove ghosts seem to work, such as telling the spirit to leave or having a psychic guide the spirit "toward the light." He says the success of these rituals may have as much to do with the psychological effect on the witness as anything else. It depends "on the dynamics of the case and/or the individual's belief system."