13 Not 12 Constellations in the Zodiac, NASA Points Out

Browse the article 13 Not 12 Constellations in the Zodiac, NASA Points Out 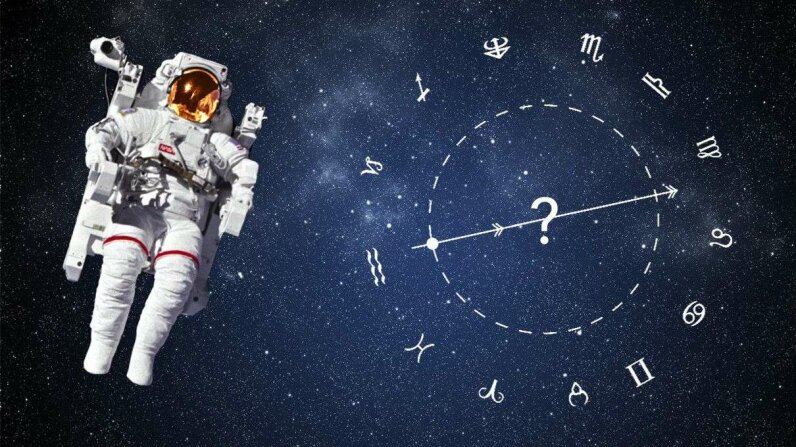 13 Not 12 Constellations, in the Zodiac, NASA Points Out NASA/Rob Atkins/Olegkalina/Getty

Have you noticed you've been feeling a little differently lately? Perhaps you used to be curious and indecisive. Now suddenly you're making rash decisions and not feeling any twinges of curiosity.

Two explanations arise. One is that you're a normal person who feels many things and acts in diverse ways. The other is that your astrological sign has changed, and our individual and collective identities have fractured irreparably.

It's obviously the latter, because NASA went ahead and recalculated the zodiac to not only change our star signs, but to also add a new one we didn't even know existed. Perhaps that's why you saw the internet freaking out that NASA turned our personalities inside out. Thanks, Obama. For funding NASA.

We don't necessarily have to get into the nitty-gritty of whether astrology is "real" or not, but rest assured that even if it was (it's not), NASA is not in charge of it. In fact, as NASA points out on the very page that everyone was citing as source, "Astrology is not astronomy." NASA studies astronomy, which is a science. Astrology is what your flaky friend does to justify the super unreliable guys she chooses to date.

But let's humor your friend and talk about how astrology "works," but from an astronomical perspective. Your zodiac sign is determined by imagining a straight line drawn between Earth, the sun and whatever constellation the line points to on your birthday.

So now that we've established that, let's dive into what NASA wrote about. The essay explained that the zodiac was based on the Babylonians' understanding of the world, three millennia prior. They created the zodiac for their convenience, using a 12-month calendar based on moon phases and leaving out a 13th sign that didn't "fit." The zodiac was also created using the physical placement of Earth 3,000 years ago. NASA named Ophiuchus as the 13th constellation that the Babylonians recognized, and pointed out that our star signs have actually changed over the course of a few thousand years.

What did NASA not do? Try to "reconfigure" the zodiac or "add" another sign. Because Earth's axis has shifted a bit, the vertical line between Earth, the sun and the constellation isn't pointing in the same direction it used to. So while the Babylonians looked up to see one constellation on a specific date, we might be seeing quite another. NASA was just explaining astronomy, in other words.

This, as you might have figured, is not earth-shattering news, nor was a page devoted to science for kids the first to point this out. Heck, our own Cristen Conger wrote about it in 2011. Instead, this can be chalked up to a more modern mystery: how a viral beast can grab a story and run with it.

NOW THAT'S INTERESTING
We've been hard on poor astrological sympathizers in this piece, but it's probably worthwhile to remember that ascribing stories and meaning to arbitrary markers has been happening since the beginning of humankind. Many different cultures throughout history — and spread across the globe — have created these systems of belief.