Has 'light as a feather, stiff as a board' ever worked? 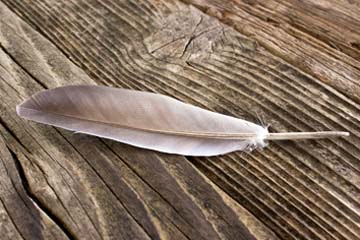 The "light as a feather, stiff as a board" phenomenon can work, but not the way you think. Its success is rooted in actual science.
gavran333/Thinkstock

What in the world just happened here? Did you ever try it? Did it work? Is it a true ghostly phenomenon? Every kid, and many adults, will swear it works, and the only explanation is witchcraft. Others believe it has to do with magnetic zones. Well, not quite.

"Light as a feather, stiff as a board" actually canwork, but not the way you may be thinking. Your subject can be lying on the floor, in a chair or on a table. If you and your friends use two fingers apiece to try and lift the subject, it won't work. Then use "the spell." Depending on which piece of folklore you learned, you can chant, count, whisper or sing. Sometimes you may all first place your hands on the subject's head as if to "heal" her. The most important thing here is that you're all doing it together, concentrating as one mind. Once you all hit a certain number or beat, you attempt to lift at the same time, and your subject "magically" levitates.

So, yes, technically, "light as a feather, stiff as a board" can work. But it has nothing to do with ghosts, witchcraft or the occult. However, it's a great trick and slumber party tradition for the ages. Don't ruin the "magic" for your kids!