You probably hear the word "nirvana" pretty often -- people might say they've achieved nirvana when they're really happy, for example, or they might talk about going to nirvana as an eternal reward after death. Then, of course, there's the famous rock band Nirvana, who adopted the term with a certain amount of irony.

­So the word is fully entrenched in the modern vocabulary. But do you know what it actually means? To most people in­ the Western world, religious nirvana is a total mystery.

In this article, we'll find out the truth about this fascinating concept, and we'll see how it fits into Buddhism and Hinduism. If you don't know much about Eastern religion, you'll probably be surprised at what nirvana actually is.

The term nirvana is associated with both Hinduism, the oldest religion in the world, and Buddhism, its best known off-shoot. In both Hinduism and Buddhism, the word refers to a higher state of being, but the two religions view this state very differently. As it turns out, examining the distinction between the concepts of nirvana is an excellent way of understanding some of the major differences between the two religions.

Nirvana is mainly associated with Buddhism, which was born out of Hinduism in Asia back in the 5th century B.C. It began as a movement within Hinduism, based on the philosophy and life of a man named Siddhartha Gautama, and eventually diverged to form its own path.

Siddhartha Gautama, who later became the Buddha ("the awakened one"), was born to a rich, ruling family around 563 B.C. in what is now modern Nepal. According to Buddhist legend, he led a sheltered, pampered life for all of his childhood and well into his twenties.

As a young man, he began to question the spiritual worth of this luxurious life and decided to give up all his possessions and emotional attachments, including his wife and young son. He wanted to understand the true nature of life and saw all his attachments as distractions, in keeping with Hindu thought.

He became a shramana, a wandering, homeless ascetic dedicated to meditation. He hoped to find enlightenment by completely detaching himself from the world, swinging to the polar opposite of his earlier life. Over time, he removed himself farther and farther from the earthly world, to the point that he was close to starvation. But he still hadn't achieved enlightenment.

He decided that if he continued on that path, he would die without reaching any understanding, so he gave up the ascetic life and accepted a meal from a stranger. He decided to take the middle road, the life between the luxury he had known and the poverty he had known.

According to legend, soon after Siddhartha took this path, he finally achieved enlightenment. As he meditated under a tree, he saw all of his past lives, and then the past lives of others. Eventually he gained a perfect, omniscient knowledge of this world and the world beyond it.

In Buddhism, this state, which the Buddha couldn't relate in language, is called nirvana. The word is Sanskrit for "to extinguish." In this case, it means to extinguish ignorance, hatred and earthly suffering. The term is most closely associated with Buddhism, though it's applied to a similar concept in Hinduism (as we'll see later on).

By achieving nirvana, you can escape samsara, the cycle of reincarnation that characterizes both Hinduism and Buddhism. In each life, a soul is punished or rewarded based on its past actions, or karma, from the current life as well as earlier lives (which also include lives as animals). It's important to note that the law of karma isn't due to a god's judgment over a person's behavior; it's closer to Newtons law of motion -- every action has an equal and opposite reaction. It happens automatically, of its own accord.

When you achieve nirvana, you stop accumulating bad karma because you've transcended it. You spend the rest of your life and sometimes future lives "working off" the bad karma you've already accumulated.

Once you have fully escaped the karmic cycle, you achieve parinirvana -- final nirvana -- in the afterlife. As with Hindu nirvana, souls that have achieved parinirvana are free of the cycle of reincarnation. The Buddha never specified what parinirvana was like. In Buddhist thought, it is beyond normal human comprehension.

In the next section, we'll find out what the Buddha prescribed for achieving nirvana on earth and parinirvana in the afterlife.

Hinduism and Buddhism are divided into many different sects with a wide variety of beliefs. Many theologians don't even recognize Hinduism as a single religion, but only as a collection of religious practices that join many different groups.

Consequently, there are very few qualities or beliefs you can attribute to Hinduism or Buddhism as a whole. But there are a number of ideas that broadly characterize the religions. When we talk about Hindu and Buddhist beliefs, we're referring to these general tenets that are common to most major sects.

The Buddha couldn't fully relate his new understanding of the universe, but he could spread the essential message of his enlightenment and guide people toward achieving the same understanding. He traveled from place to place teaching the four noble truths:

The Noble Eightfold Path is a list of eight ideals that guide a person toward greater understanding of the universe. The eight ideals are:

On the surface, the eight ideals are incredibly vague -- they're open to almost any interpretation. Buddhist sects do view them differently, but generally speaking, Buddhists follow the path by approaching the world with compassion, patience and joy, and contemplating the universe through meditation. The fundamental goals are to cultivate morality (shila), meditation (dhyana) and wisdom (prajna).

While nirvana is possible for any person, in most Buddhist sects only monks attempt to achieve it. Lay Buddhists -- Buddhists outside the monastic community -- strive instead for a higher existence in their next life. They follow the Noble Eightfold Path and help others, trying to accumulate good Karma. In this sense, they're working toward nirvana because they're setting up a future life in which they might achieve nirvana.

In Hindu tradition, nirvana (more commonly called moksha) is the reuniting with Brahman, the universal God or universal soul. In traditional Hinduism, a soul reaches this state after living many lives in which it climbs up through the varna, or caste system.

Humans accumulate good karma by performing the duties of the caste they were born in. If a person is born in a lower caste, his only hope is to behave properly in that caste so he will move up to a higher caste in the next life.

When a soul has reached the upper castes, it may escape the cycle of reincarnation by eliminating bad karma. This includes setting the scales right through good deeds (possibly over several lifetimes) and also removing oneself from all earthly distractions. When a soul finally escapes the karmic cycle, it becomes one with Brahman when the last bodily incarnation dies. This is a higher plane of existence that transcends the suffering of earthly life. Essentially, the soul rejoins the intangible energy that created the universe.

Buddhism arose out of Siddhartha's alternate understanding of samsara and transcendence of earthly life. In the Buddhist philosophy, the best path to enlightenment is somewhere in between the luxury of many in the upper castes and the poverty of the most devout Hindu holy men.

Siddhartha was also a social reformer of sorts. He taught that anybody might achieve higher enlightenment and escape from samsara if he followed the right path, completely rejecting the caste structure that defined traditional Hinduism. This is arguably the most important difference between the two religions, at least when Buddhism was born.

The worlds of Hinduism and Buddhism, and the concept of nirvana, are rich and multi-faceted. As in most religions, you can summarize the fundamental ideas quickly, but you could easily spend your whole life studying the details.

To learn about some of the different practices and philosophies of these religions, check out the links in the next section. 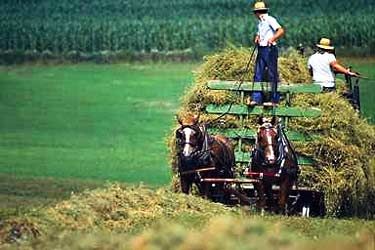 Up Next
How the Amish Work
Explore More 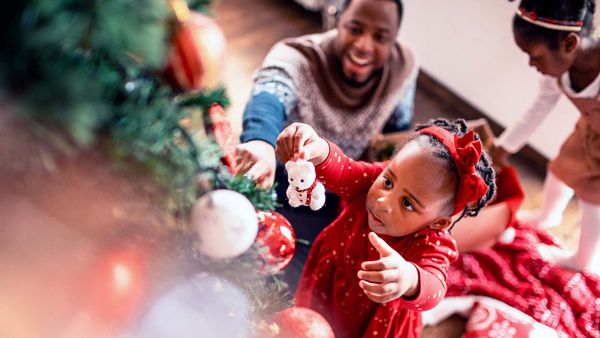