How can I have an out-of-body experience? 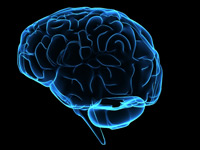 In an out-of-body experience, a person sees his body from a vantage point outside his physical self. OBEs are frequently associated with serious illness, accidents, seizures, near-death experiences or other traumatic events. As much as 10 percent of the population may at some point have an OBE [source: UCL News], though one expert on the subject claims it's only 5 percent [source: Forbes.com]. In any case, it's a phenomenon that's received attention in many different scientific disciplines, religions and metaphysical discussions.

Some people believe in a spiritual cause or that OBEs can be achieved deliberately, such as through hypnosis.

So did the British and Swiss experiments produce genuine out-of-body experiences? Both experiments appeared to show that a sense of one's self depends on cooperation between the senses and that experimentation can radically disrupt this linkage.

Past experiments have shown that the physical body plays an important role in how a person identifies his "self." Dr. Henrik Ehrsson, lead researcher on the UCL study, once conducted a study in which the brains of participants were tricked into thinking that a rubber hand was the participant's real hand.

One of the researchers on the Swedish study, Dr. Olaf Blanke, said that their efforts produced something close to an out-of-body experience "but not the entire thing," adding that they were tricking people [Source: Baltimore Sun]. Unlike in a genuine out-of-body experience where a person believes that he is actually outside of his body, these participants still recognized the projected image as something "other." Still, the study showed how the brain can be tricked and how sensing one's own body can have a powerful influence on sense of self and physical location.

Dr. Ehrsson believes his experiments produced authentic OBEs. He claimed that the study was the first of its kind to produce OBEs in healthy people. The study was also particularly important, he said, for its use of multi-sensory techniques and for establishing the physical self as a basis of consciousness [source: UCL News]. He added that "projecting" oneself onto a virtual body could have wide-ranging applications in producing more authentic virtual reality and video game simulations or in improving remotely performed surgeries [source: UCL News].

For more information about OBEs and other related topics, please check out the links below.