The Inner Workings of Dragons 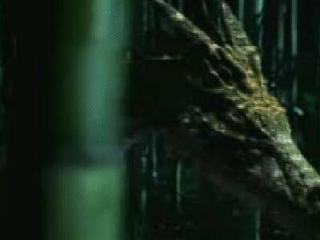 Go behind-the-scenes and check out the artistic process of bringing dragons to life for Animal Planet's documentary, Dragons Made Real.
Animal Planet

Throughout history, descriptions of dragons and their habitats have varied. Some have wings and sharp claws; others have flippers or no legs at all. Some dragons, like the mythical Jormungand, are large enough to coil around the earth, while others are the size of small birds. Their supposed lairs range from mountain caves to glacier-caved lakes [source: Encyclopedia Britannica, Nigg]. Most dragons, however, share a few central features: scales, a serpentine body, batlike wings, a barbed tail, razor-sharp teeth and, of course, the ability to breathe fire [source: Encyclopedia Britannica].

While no one really knows what biological process might allow these mythical creatures to snort flames, fantasy novels like "The Enchanted Forest Chronicles" by Patricia Wrede and "The Flight of the Dragons" by Peter Dickinson have examined the act in detail.

Like most omnivores, a dragon is assumed to be equipped with sharp teeth for tearing meat and flat teeth for grinding plants. It might also use its flat teeth to grind rocks. Although the rocks hold little nutritive value, they would be a necessary digestive aid because they help the hydrogen-producing bacteria in the dragon's belly pulverize inedible material like bones. Birds use a similar process when they swallow rocks to help digest seeds, nuts and rodents [source: Backyard Nature].

For dragons, however, the process could have an incendiary side effect. When a dragon grinds large rocks into bite-sized pieces with its molars, the platinum-rich rocks leave residue on their teeth. And when the dragon releases a build-up of hydrogen byproduct produced during digestion, and when the gas mixes with oxygen in the air, the platinum residue acts as an ignition switch. Voila! Fire spews, at will, from the dragon's mouth.

While this built-in blowtorch probably comes in handy when fending off valiant knights or roasting the occasional royal cow, there's very little record of dragons' dietary preferences. Unless scores of European folktales -- and the lyrics of modern folklorists like the Brobdingnagian Bards -- are to be believed. In the song "Do Virgins Taste Better," it seems dragons are discerning diners, at least when it comes to fair maidens. And a quick listen to "The Dragon's Retorte" reveals why. The dragon avoids orphaning any of the village's children and delights in an annual meal that provides a welcome break from its typically vegetarian repast [source: Brobdingnagian Bards].

In addition to ridding the world of innocent maidens, what other ways did dragons leave their mark? Discover more dragon mythology on the next page.