Are 'Ghost Lights' Apparitions of the Dead — or Even Aliens?

by Diana Brown Jan 30, 2018
'Ghost lights' have been spotted all over the world for generations, but few have been explained by actual science. Kim Westerskov/Getty Images

Sightings of mysterious lights off in the distance — sometimes weaving or bobbing, sometimes traveling at high speeds or hovering in the air — have been reported all over the world for generations. Are these so-called "ghost lights," "spook lights" or "corpse candles" supernatural or is there a more obvious explanation? Stuff They Don't Want You To Know hosts Matt Frederick, Ben Bowlin and Noel Brown take a hard look at the stories and theories surrounding these "will o' the wisps" to find out exactly what they are in the latest episode of the podcast: What Exactly Are "Ghost Lights"?

Although sightings of these ghost lights don't seem to be rare (chances are there's a local version of this legend where you live) nobody can seem to agree on how they look like or how they behave. Some say they appear like balls of light hovering high in the air, occasionally splitting into multiple lights; others say they seem to "dance" or perhaps "bob" back and forth, almost like a dangling lantern someone is carrying. Sometimes people report seeing the lights travel at high speeds, while others see them hang motionless — that is until a person tries to get close, then the lights retreat.

One such sighting is near the small town of Quapaw, Oklahoma. It's where people report seeing the Joplin Spook Light, which appears to speed down the road, then hover over trees before disappearing. These lights have been seen nightly there for more than 100 years. Similar lights are seen in Marfa, Texas. Known as the Marfa Lights, they materialize on the horizon in the shadows of the Chinati Mountains, sometimes traveling at high speeds before dissolving. They're so consistent (and popular) that there's even an official viewing spot for the lights on the Marfa Airfield. There are also the famous Gurdon Light in Arkansas, the Brown Mountain Lights in North Carolina, the Paulding Light in Michigan — the list goes on. The question is, what are they?

Of course, some think they're ghosts — or even UFOs — but is there a more down-to-earth reason these lights are appearing? Some theories posit that people are merely mistaking bioluminescent insects' lights for something mysterious, but that seems unlikely. Others say it's methane gas catching fire and "floating" due to the gaseous fumes rising, but that also seems far-fetched. A lot of very specific circumstances would have to come together for that scenario to work out.

Some have also argued that the tectonic plates beneath Earth's surface shifting around cause rocks to heat up. And if they're the right kind of rocks — if they have a lot of quartz in them, for example — they can send up sparks, creating electrical lights that could be mistaken for a ghostly apparition. It's actually called the piezoelectric effect. But that's another explanation that requires some incredibly specific circumstances to occur.

So what are these lights? There is one widely accepted explanation — and it has to do with cars. But not everyone believes this theory. You'll have to listen to the entire podcast to hear Matt, Ben and Noel explain it. Then make your own judgment and decide whether this theory flies in your neck of the woods.

Geoengineering the Earth’s Atmosphere to Fight Climate Change Could Backfire

Hold the Gluten? Here’s Why That May Not Be a Good Idea 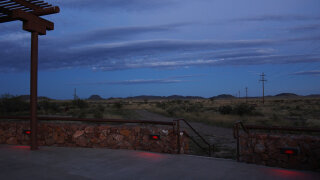 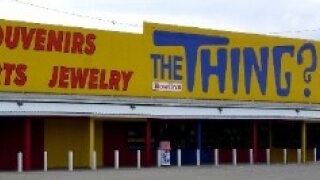 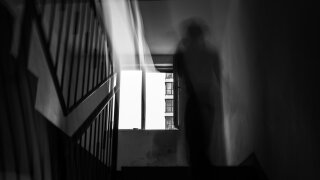