What is star jelly? 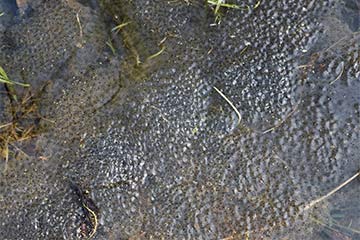 Star jelly is a magical gooey substance that makes up the sun, or meteors ... and other stuff out there in the sky. When these objects from the cosmos break apart, the star jelly falls gently to Earth, landing in gelatinous lumps at parks in Scotland [source: BBC]. See? I bet you thought we were going to give you some nonsensical paranormal explanation! Perfectly reasonable stuff.

Of course, it's only reasonable if you have a less-than-faint grasp on how stars and science in general work. Stars aren't made of jelly, and they don't "break apart" like dry Play-Doh. And even if they did, Earth would receive this bounty in a much more cataclysmic way. But here's the thing: This strange, gooey substance has been spotted in all sorts of places (not just Scotland). From Texas to Britain, people have seen weird bits of goo on the ground, and in some instances, witnesses have even ventured to guess that a nearby meteor was the culprit [source: Whitehead].

While we've had a hard time pinning down phenomena like angel hair (a substance that supposedly falls in wisps from the sky, with little meteorological or scientific explanation), mostly because no witness has ever had the material analyzed, star jelly is a different breed entirely. It's been observed in several places, and scientists have eagerly collected it for study [source: Doherty]. Unfortunately, it doesn't seem to be anything even close to meteor snot or angels' tears. The stuff is real, if the origin story is not. So what the heck is it?

The answer, alas, is far more terrestrial -- but amphibious: Star jelly appears to be frog spawn. Yup, nothing but frogs or toads -- which, we should point out, have probably had their bodies ripped apart by predators, exposing and releasing their ovum jelly. The substance then expands enormously as water from dew or rain is absorbed [source: O'Reilly]. A friendly passing pedestrian might not see any evidence of a crime -- the culprit would probably take even the eggs -- but would instead come across only the left-behind ovum jelly.

So yeah, it's not exactly the most pleasant explanation; I think most of us would appreciate something more along the lines of asteroid goo. But hey, let's give the frogs some credit for making our days a little more interesting -- and at least piquing some scientific curiosity in people.