The CIA and Battalion 316 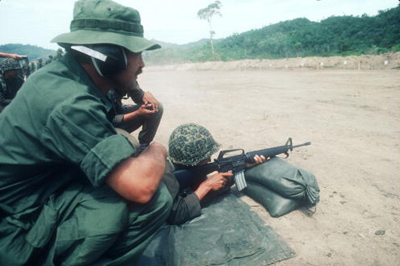 In 1997, The Baltimore Sun broke a series of stories concerning the CIA's involvement in the counter-communism paramilitary movement in Honduras in the early 1980s. The Sun interviewed expatriate Hondurans who were part of an elite squad called Battalion 316, trained by CIA agents to fight the country's Leftist guerillas. The expatriates interviewed in the articles were directly involved in the kidnapping, physical and mental torture, and murders of hundreds of Hondurans suspected -- at times incorrectly so -- of being members or supporters of the Leftist movement.

According to information reported in The Sun, the CIA trained Battalion 316 in the tried-and-true ways specified in the CIA's KUBARK manual: Physical violence is useless. Psychology is everything. The threat of death is "worse than useless," the manual says; the prisoner feels "that he is likely to be condemned after compliance as before" [source: The Washington Post].

While CIA-brand tactics of isolation and maltreatment were used by Battalion 316, so, too, was physical brutality. Victims were stabbed to death, then dismembered with machetes. Rubber masks were used to suffocate prisoners to get them to talk. Others were hooked up to car batteries, a crude form of electrocution [source: The Baltimore Sun].

By the time the Hondurans were learning interrogation tactics from the CIA, however, agency officers toted a new manual -- one that didn't include references to electric currents. This was Human Resource Exploitation Manual -- 1983.

If the KUBARK manual is the culmination of years of experimentation in the field of torture, then the 1983 manual is the result of 20 years of tweaking the KUBARK's contents. Both are based along the same lines. Artificial light, isolation, unfamiliarity and disorientation through solitary confinement and sensory deprivation are the steps to inducing a detainee to volunteer information. And like the KUBARK manual, the 1983 version details methods of coercion, once a detainee is revealed to be resistant to initial methods.

Coercion tactics as described by the 1983 manual appear to be more sophisticated versions of those found in the KUBARK manual. Agents can create a sense of isolation and helplessness by ensuring that cells at the interrogation location are outfitted with heavy metal doors. "The slamming of a heavy door impresses upon the subject that he is cut off from the rest of the world," says the 1983 manual [source: The Baltimore Sun].

The subject of pain, too, has been further refined. The 1983 manual is very specific on why inflicting pain is counterproductive. "The threat to inflict pain may trigger fears more damaging than the immediate sensation of pain. In fact, most people underestimate their capacity to withstand pain" [source: The Baltimore Sun]. The manual goes on to suggest keeping a victim in stressful positions or other uncomfortable situations for long periods, creates internal pain. Since the pain is internal, rather than external (as if it were intentionally caused), the victim may be more likely to come to view the interrogator as someone who can help him or her. This victim may even form a sort of trust toward the interrogator -- as in the Stockholm syndrome.

The dissemination of the information found in these manuals by The Baltimore Sun raises some questions over whether the CIA's interrogation techniques are legal. Read about this on the next page.