What changes could be made in the way the airline industry operates? Colin Anderson/Getty Images

The imaginary airline Poppi is the creation of a design firm whose goal is to urge industry innovation. As our recent look at that idea illustrated, Poppi presents some pretty compelling concepts. But that's just the tip of the iceberg. Here are more ways companies are experimenting with the format. If adopted, any one of them could revolutionize the way we take to the sky.

1. Use technology to eliminate airport hassles.

SITA, a multinational firm that provides information technology to the airline industry, has experimented with giving gate agents wearable electronic devices like smart watches and eyeglasses equipped with cameras and augmented-reality systems that display data on the lenses. In the near future, they may be able to scan your boarding pass and passport for an international flight in less than a second, simply by glancing at it. Such gadgets also could enable airline employees to provide flight information and other services to customers without having to go to access a computer terminal at a central desk.

Dutch airline KLM's Happy Flow program already uses facial recognition software to identify flyers and speed them through though bag drop-off, immigration checks and boarding on international flights. Such technology may reduce logjams at the gate, and enable you to get to your seat more quickly.

European aircraft manufacturer Airbus has developed a concept cabin that reimagines a plane's interior as more than just rows of cramped seats. Instead of first class and economy class seating, Airbus's future cabin would have areas where passengers could engage in different types of activities — one section for business meetings, others for socializing or playing virtual reality golf and other games. There also may be a revitalizing zone where you can just sit back and chill with the help of a "smart" seat that will offer everything from a mechanized massage to aromatherapy: do you prefer pine forest or sea-breeze scents?

Airbus spokesperson Mary Anne Greczyn says these ideas fit with an already-existing trend in which some airlines are customizing planes. "Many airlines today are using space in their Airbus aircraft for specific customer purposes — individual sleeping cabins, showers, lavish bar areas, meeting spaces," says Greczyn. "All these exist today, and we envision more of our customers tailoring the available space on their Airbus aircraft to maximize their passengers' satisfaction."

Facebook, Twitter and other online social networks have become an influential part of our lives. As marketing strategy firm WNS notes, airlines are eager to capitalize upon that connectedness. KLM, for example, is experimenting with a "Meet & Seat" program that allows you to share their social media profile with other people who'll be traveling on a flight. It even gives you an opportunity to choose a seat next to someone who has a common professional or personal interest, or who just seems like someone whom you could have an enjoyable conversation with along the way — learn more in the video below. If it's successful, expect other carriers to pick up on it.

OneGo, a startup online travel service, is offering frequent business travelers a way to avoid having to shop for the lowest fares and make air travel more like watching movies on Netflix. The company lets travelers book an unlimited number of flights on major U.S. airlines, in exchange for a monthly fee of $2,950. (There are cheaper regional plans as well.) "It's obviously for people who travel a lot," says spokesperson Dina Binney. For companies, it could be a way to budget their travel "in an easy and efficient way."

6. Airliners that run on alternative energy.

Flying could become cheaper if airlines could eliminate the cost of jet fuel, and in the process they'd cut greenhouse gas emissions too. Boeing, with the help of NASA funding, has been working on a project called SUGAR Volt, which uses a hybrid electric propulsion system roughly comparable to the gasoline-and-electric battery combination in hybrid automobiles. The aircraft manufacturer has another research project, SUGAR Freeze, which powers a plane with liquefied natural gas, another cleaner fuel.

Some of these ideas may turn out to be more practical than others, but one way or another, the flying public is likely to embrace big changes. Liddell thinks that they'd even be willing to give up carry-on bags — Poppi would eliminate overhead bins as an efficiency and cost-saving measure — once they see that they'll have a more comfortable flight as a result. "Consumers are far more adaptable than we give them credit for," Liddell explains. "Uber and Airbnb have dramatically changed the habits of travelers in adjacent ways by creating better experiences. And that's the key — better experiences."

A company called Windspeed Technologies recently unveiled a conceptual design for a plastic bubble called Skydeck that could be installed atop airliners, letting passengers sit outside the main fuselage. 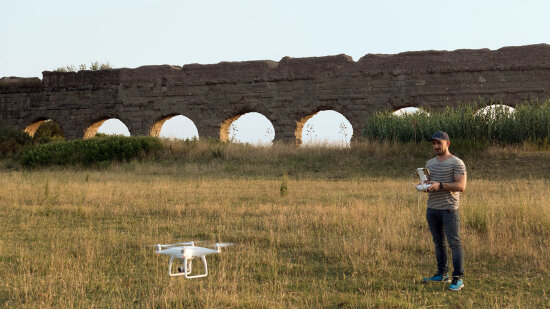 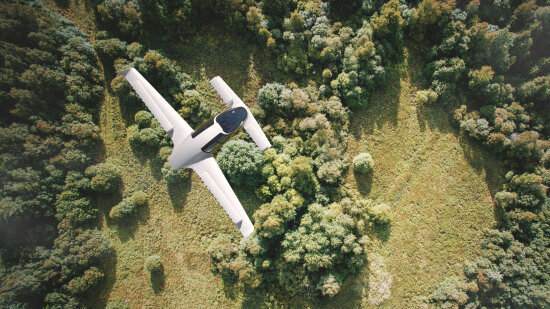