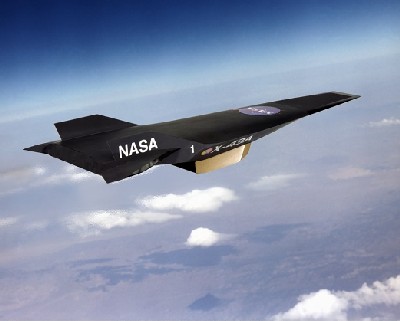 What sets the X-43A apart from other rocket-powered aircraft is that it is powered by a scramjet engine. Instead of using onboard oxygen to combust the hydrogen fuel, the scramjet scoops up oxygen as it travels through the atmosphere. By eliminating the need for onboard oxygen, cutting the weight of the spacecraft, the X-43A could lead to cheaper Earth-to-orbit space travel.

In this article, we'll take a look at hypersonic planes and learn about their air-breathing engines.