by Lacy Perry
NEXT PAGE 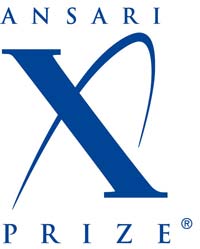 Human history is filled with tales of explorers who took a chance, put their lives on the line and plunged into the deep reaches of the unknown. Because of their efforts and ambition, it seems we now have access to even the most mysterious of places on Earth: the deepest rainforests, the darkest caverns, the highest mountains and the sky itself. Now, our incessant need to explore must be sated by yet another frontier: space.

But, unlike the days of the Wild West, when pioneers were free to set out for glory or gold with just a pack on their backs and a pair of good walking shoes, exploration of this new frontier requires quite a bit more money and has therefore been limited to elite government agencies -- until the Ansari X Prize.

In this article, we'll cover the origins and requirements of the "New Race to Space" for which SpaceShipOne took the $10 million prize on October 4, 2004 -- all without government funds, rocket parts from NASA or a special, cabinet-level position for private spaceflight. We'll also discuss some of the other teams and technology involved in the race and what the contest means for the future of space tourism.

This banning of government support (and the strings attached to such funds) speaks to the heart of the Ansari X Prize. The X Prize Foundation was established in 1995 by Dr. Peter H. Diamandis (CEO and Chairman of Zero Gravity Corporation and co-founder of the International Space University) to spur development of the space tourism industry and open the new frontier to the public. Dr. Diamandis' inspiration for the contest -- and his confidence in its success -- stemmed from the $25,000 Orteig Prize awarded to the first man to build and fly an airplane non-stop from New York to Paris in 1927. This contest, which cracked open the now $250 billion aviation industry, was won by underdog Charles Lindbergh.