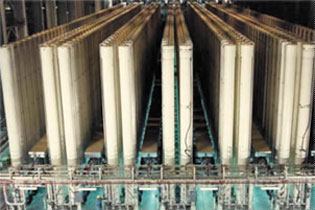 Uran­ium is an element that is similar to iron. Like iron, you dig uranium ore out of the ground and then process it to extract the pure uranium from the ore. When you finish processing uranium ore, what you have is uranium oxide. Uranium oxide contains two types (or isotopes) of uranium: U-235 and U-238. U-235 is what you need if you want to make a bomb or fuel a nuclear power plant. But the uranium oxide from the mine is about 99 percent U-238. So you need to somehow separate the U-235 from the U-238 and increase the amount of U-235. The process of concentrating the U-235 is called enrichment, and centrifuges are a central part of the process.

U-235 weighs slightly less than U-238. By exploiting this weight difference, you can separate the U-235 and the U-238. The first step is to react the uranium with hydrofluoric acid, an extremely powerful acid. After several steps, you create the gas uranium hexafluoride.

Although it is only a slight difference in concentrations, when you extract the gas from the center of the centrifuge, it has slightly more U-235 than it did before. You place this slightly concentrated gas in another centrifuge and do the same thing. If you do this thousands of times, you can create a gas that is highly enriched in U-235. At a uranium enrichment plant, thousands of centrifuges are chained together in long cascades.

At the end of a long chain of centrifuges, you have uranium hexafluoride gas containing a high concentration of U-235 atoms.

Meeting all three of these requirements has been out of reach for most countries. The recent development of inexpensive, high-precision computer-controlled machining equipment has made things somewhat easier. This is why more countries are learning to enrich uranium in recent years.

Now you need to turn the uranium hexafluoride gas back into uranium metal. You do this by adding calcium. The calcium reacts with the fluoride to create a salt, and the pure uranium metal is left behind. With this highly concentrated U-235 metal, you can either make a nuclear bomb or power a nuclear reactor.

For lots more information about uranium enrichment and related topics, check out the links below. 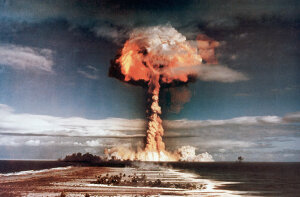 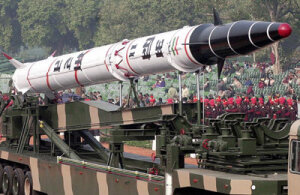 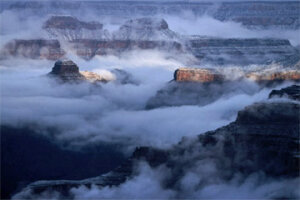