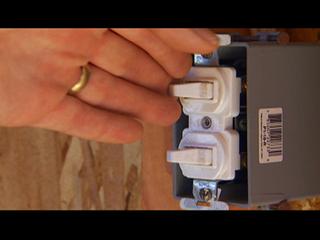 Sometimes people get intimidated when thinking about electricity. They figure that they're not electricians and the whole field seems awfully complicated to them. Let's make it easier by picturing how water works. Imagine that you have a hose attached to a water faucet. You turn on the faucet and the high pressure at one end of the hose pushes out the water to the other end, where the pressure is lower. Now imagine voltage as being a measure of electrical pressure, with electric current traveling from one end of a wire to the other because there's more electric potential energy on one end than the other.

Power surges, which increase the voltage in your electricity lines, can be caused by lightning striking nearby, increasing the electric pressure by millions of volts (even a surge protector won't be able to save your computer in this case); problems with the equipment of your utility company; faulty wiring in your house or apartment building; or when equipment that draws a lot of electricity, such as elevators, air conditioners or refrigerators, is suddenly turned on.

If the increase in electricity lasts for one or two nanoseconds (billionth of a second), it's known as a spike; but if it lasts three nanoseconds or more, it’s called a surge. Either one can put stress on your electronic components or can damage them severely, similar to how too much water pressure in a hose could cause the hose to burst. Although surge protectors do a fine job when dealing with fluctuations in voltage, you'll be better off unplugging your computer if a lightning storm is about to hit your neighborhood.

Could an 'X17 Particle' Hint at a Fifth Force in the Universe?
What Are the 7 Diatomic Elements?
Sine Us Up: It's Square Root Day.