Make your reservations now. The space tourism industry is officially open for business, and tickets are going for a mere $20 million for a one-week stay in space. Despite reluctance from NASA, Russia made American businessman Dennis Tito the world's first space tourist. Tito flew into space aboard a Russian Soyuz rocket that arrived at the International Space Station on April 30, 2001. The second space tourist, South African businessman Mark Shuttleworth, took off aboard the Russian Soyuz on April 25, 2002, also bound for the ISS. Greg Olsen, an American businessman, became tourist number three to the ISS on October 1, 2005.

These trips are the beginning of what could be a lucrative 21st century industry. There are already several space tourism companies planning to build suborbital vehicles and orbital cities within the next two decades. These companies have invested millions, believing that the space tourism industry is on the verge of taking off.

In 1997, NASA published a report concluding that selling trips to space to private citizens could be worth billions of dollars. A Japanese report supports these findings, and projects that space tourism could be a $10 billion per year industry within the two decades. The only obstacles to opening up space to tourists are the space agencies, who are concerned with safety and the development of a reliable, reusable launch vehicle.

If you've ever dreamed of going to space and doing what only a few hundred people have done, then read on. In this article, you'll learn about the spacecraft being designed as destinations for space tourists, and how you may one day have a chance to cruise through the solar system. 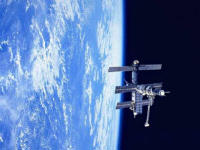 This space hotel could be one of many commercial ventures located within Space Island's space city.
Photo courtesy Space Island

Initially, space tourism will offer meager accommodations at best. For instance, if the International Space Station is used as a tourist attraction, guests won't find the posh surroundings of a hotel room on Earth. It has been designed for conducting research, not entertainment. However, the first generation of space hotels should offer tourists a much more comfortable experience.

In regard to a concept for a space hotel initially planned by Space Island, such a hotel could offer guests every perk they might find at a hotel on Earth, and some they might not. The small gravitational pull created by the rotating space city would allow space-tourists and residents to walk around and function normally within the structure. Everything from running water to a recycling plant to medical facilities would be possible. Additionally, space tourists would even be able to take space walks.

Many of these companies believe that they have to offer an extremely enjoyable experience in order for passengers to pay thousands, if not millions of dollars to ride into space. So will space create another separation between the haves and have-nots? In the next section, you'll find out if you'll be able to go to space even if you don't have a million dollars to spend on a vacation. 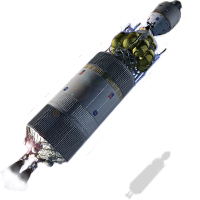 For more information on space tourism and related topics, check out the links on the next page. 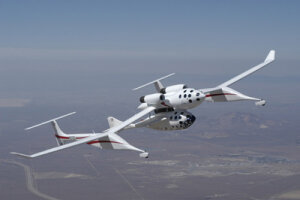