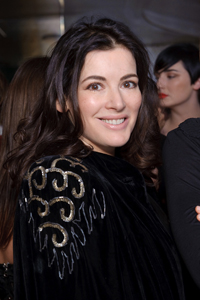 On Valentine's Day 2008, the British chef and author Nigella Lawson appeared on the National Public Radio show "All Things Considered" to discuss chocolate. During the interview, Lawson gave several reasons why she believed chocolate is so thoroughly intertwined with Valentine's Day: "It gives [people] a feeling that's meant to be comparable to the feeling you get when you fall in love," she said. "It's like giddiness, feeling of excitement, feeling of attraction. So, in other words -- perhaps without knowing it -- we're giving people a love drug" [source: Lawson].

Lawson, although lacking any formal training in neurology or molecular biology, is pretty much dead on. Chocolate does, indeed, contain several compounds that have been shown to act on the brain in myriad ways, and most of them induce pleasure. It's also long been believed that chocolate, which is processed from the cocoa plant and is found growing in such far-flung areas of the world as Malaysia, Ghana and Guatemala, bestows heightened feelings of sexuality upon the eater. This would make chocolate an aphrodisiac, a notion that the Aztec ruler Montezuma reportedly bought into. He's said to have drunk goblets full of a chocolate drink called xocolatl ("bitter water") to provide stamina for his sexual conquests [source: Blythman].

There's also a widely held belief that chocolate can produce a euphoric feeling akin to a runner's high. Our understanding of euphoria-producing compounds, put together with the modern concept of addiction, has even led some to believe that that one can be a chocolate addict.

Is that even possible? Can a person become addicted to chocolate? Before we get ahead of ourselves, perhaps we should answer whether chocolate can even give its eater a high.