Was the Dodo Bird a Keystone Species? 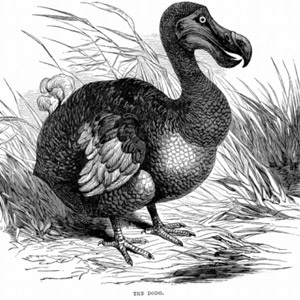 The dodo bird is just one example of a species that went extinct due to human interference.
Photos.com/Photos.com/Thinkstock

Outside of removal experiments we described previously, natural conditions are driving keystone species close to extinction in certain parts of the world. This has led to significant changes in other interconnected populations.

The sea otter is a perfect example. As a keystone predator in the North Pacific, otters feed on sea urchins, which in turn feed on kelp. When sea otters thrive in their range, kelp forests remain thick and healthy. But over the last 30 years, killer whales have begun to include otters in their diets, as the whales' normal prey has declined. This has caused sea otter populations to plummet and sea urchin populations to increase rapidly. In these areas, kelp is almost nonexistent.

In a worst case scenario, if the sea otter were to go extinct, other species would surely follow, and the ecosystem would be changed forever.

Another case of a keystone species going extinct may have occurred on the island of Mauritius in the Indian Ocean. The species was the dodo, a large flightless bird that thrived until Dutch explorers discovered the island in the late 1590s. Then the dodo population began to fall sharply as settlers cut down forests and introduced rats and pigs, which raided the bird's nests for their eggs. In less than 100 years, the dodo was gone, left to languish in history books as a dumb animal unable to adapt.

However, ecologists have hypothesized for decades that the dodo may have been a keystone species and that it had what's called obligate mutualism with another endangered organism — a tree known as the tambalacoque. The last tambalacoque germinated just before 1700, suggesting that the tree's demise is somehow related to the dodo's extinction. The hypothesis suggests that the dodo ate the fruit of the tambalacoque and, through digestive processes, activated the seeds. With no dodos around to carry out this important function, the population of tambalacoque trees dwindled to just a few trees.

Many scientists, however, dispute the tambalacoque/dodo connection, but even if the bird's extinction is not tied to the tree's, the hypothesis underscores an important point about conservation biology: Connections between organisms are not always obvious and that the disappearance of even one species can have far-reaching effects. For these reasons, ecologists continue to focus on keystone species as a way to preserve the structure and function of a wide range of habitats.