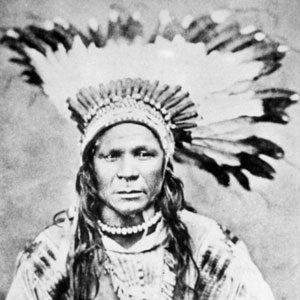 Some Native Americans, as well as other groups with deep roots to their lands, sometimes take issue with researchers who want to dig up and analyze human remains.
Photos.com/©Getty Images/Thinkstock

Not surprisingly, bioarchaeological research sometimes stirs up ethical and legal issues; specifically, respect for the dead and items of cultural heritage. To address these concerns, the United Nations Educational, Scientific and Cultural Organization (UNESCO) adopted a convention on the Means of Prohibiting and Preventing the Illicit Import, Export, and Transfer of Ownership of Cultural Property in 1970. Broadly, this convention attempts to prevent the abuse of remains and the illegal sale of cultural objects.

Many countries, such as Switzerland, Japan, Australia and others have created similar types of legislation in hopes of protecting important cultural finds. In 1990, the United States passed legislation called the Native American Graves Protection and Repatriation Act (NAGPRA).

The act compels federally-funded institutions, such as museums, to return Native American artifacts like skeletons and sacred items to descendants or associated Native American tribes. More specifically, objects that are part of "cultural inheritance" are subject to return. These kinds of objects belong to the tribe as a whole and cannot legally be sold or given away by an individual.

In early 2011, the Tlingit Indians of Alaska wielded this legislation to recover an elaborate headdress from the Virginia Museum of Fine Arts. In the same year, the Choctaw Nation of Oklahoma initiated an effort to take back and rebury 500-year-old remains that were excavated during construction of the Natchez Trace Parkway, which was built in the 1950s and '60s.

But not everyone agrees with NAGPRA's aims. The law specifies that federal officials need to communicate with Native American religious leaders if they assert a claim to cultural objects. Some opponents say that NAGPRA, in effect, incorporates Native Americans' religious beliefs into federal law.

Also, NAGPRA allows Native Americans to use oral histories as evidence for claims. This is troubling to some researchers, who say that this stipulation can be applied to wrongly claim items or remains.

Fortunately for the scientific community, most bioarchaeologists support NAGPRA and its ethical mission, and find that it does not impede the work that they do. In fact, many bioarchaeologists work directly and in partnership with descent communities to make their research both ethical and meaningful to descendants. So long as the work is executed respectfully, many people understand that bioarchaeologists' work can help us gain a better sense of what our own culture is all about.