by Patrick J. Kiger Apr 7, 2017
The White Cliffs of Dover are the closes point in England to France, and the Dover Strait is the site of what was once a land bridge connecting to the European mainland. Ben Pruchnie/Getty Images

British Prime Minister Theresa May recently gave official notice that Britain is leaving the European Union, a move narrowly approved by British voters in a 2016 referendum. But as it turns out, Brexit isn't the first time that the island has split from the continent.

Roughly 450,000 years ago the world was in the throes of an ice age. Sea levels were so low that if you had been around then, you wouldn't have needed to board a ferry or take a train through the Channel Tunnel to get from France to the United Kingdom. Instead, the English Channel, which separate England from the European mainland, was pretty much dry land — or to be more precise, a Siberia-like frozen tundra with a few small rivers crisscrossing it.

An artist's rendering illustrates the cascades and lakes that contributed to the creation of the Strait of Dover in the English Channel. What's now France is pictured in the foreground, and Dover in England in the background.
Chase Stone/Imperial College London

Scientists have suspected that the channel was formed when a proglacial lake formed in front of an ice sheet in the North Sea, and then spilled over. But as presented in a new article in the journal Nature, researchers from Imperial College London and Belgian and French colleagues have worked out the details of the two-stage event that caused the ancient separation of Britain and Europe.

According to an Imperial College London press release, the first clues emerged in the 1960s, when engineers doing surveys for the Channel Tunnel discovered big holes in the sea floor of the Dover Strait, the channel's narrowest portion. In the mid-1980s, the late Bedford College marine geologist Alec Kenyon-Smith first suggested that the holes might have been carved by ancient waterfalls — the sort that would have been created when a lake overflowed a chalk rock ridge that once held the water back.

A bathymetry map of the Dover Strait shows a prominent valley eroded through the strait's center. The rock ridges made of chalk in southern Britain and northern France would have connected across prior to the strait's breaching.
Imperial College London

Scientists aren't sure exactly why the lake overflowed, though a piece of the ice sheet breaking off and plunging into the lake might've been the culprit, causing a surge of water over the ridge. Another possibility is that an earthquake caused the ridge to collapse.

But that flood was just the start. A second spill from other, smaller lakes in the ice sheets of the North Sea may have caused a second flood that further eroded the channel.

"The breaching of this land bridge between Dover and Calais was undeniably one of the most important events in British history, helping to shape our island nation's identity even today," Imperial College Earth science and engineering professor Sanjeev Gupta, a co-author of the study, said in the press release. "When the ice age ended and sea levels rose, flooding the valley floor for good, Britain lost its physical connection to the mainland. Without this dramatic breaching Britain would still be a part of Europe. This is Brexit 1.0 — the Brexit nobody voted for."

Now That's Interesting
The researchers still don't have a good timeline for when the floods that formed the English Channel actually occurred. To ascertain that, they'll need to take core samples of the sediment in the holes at the channel bottom.

Can Animals Get Sunburned? 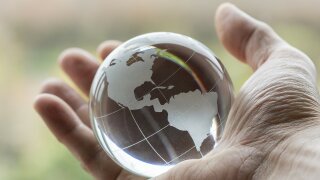 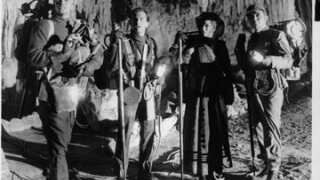