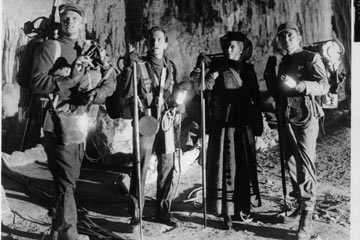 The cast of the 1959 movie "Journey To The Center Of The Earth," looks up inside a cavern. What will scientists find when they make the real journey?
20th Century-Fox/Getty Images

If your family took you on a vacation to the seashore when you were a small child, you probably remember the exhilarating feeling of digging into the wet sand with a plastic shovel. As the hole got bigger and deeper, you naturally wondered what would happen if you just kept digging and digging. How deep could you get? Would you really eventually pop up out of the ground somewhere in China, as your big sister or brother tried to get you to believe? Unfortunately, you never got to find out, because just as you were starting to make some real progress, it was time to pack up the beach umbrella, and go get an ice-cream cone and take a 10-cent ride on the mechanical pony on the boardwalk. But still, somewhere in the back of your mind, you've kept wondering about what would happen if someone dug a really, really deep hole.

Well, you may not have to wonder any more, if an international team of scientists who call themselves the 2012 MoHole To the Mantle project succeed in their quest. They're counting upon international support for a $1 billion effort in which a Japanese deep-sea drilling vessel, the Chikyu, would burrow into the bottom of the Pacific Ocean to dig deeper than anyone has ever gone before. The plan is to go right through the Earth's crust, the rocky top layer of the planet, which is 18 to 37 miles (30 to 60 kilometers) thick on land, but as little as 3 miles (5-kilometers) thick at its thinnest spots on the ocean floor [source: Osman]. If the Chikyu's drill rig breaks through a transitional boundary called the Moho, it would reach the Earth's mantle, the mysterious 1,740-mile (2,900-kilometer) thick layer between the crust and the planet's hot, molten core [sources: USGS, ScienceDaily].

Unlike your childhood fantasy, the scientists don't have any ambitions of boring a tunnel all the way through the planet. That probably isn't even possible, since the enormous heat and pressure inside the Earth would make crawling down such a passageway impossible, even if it somehow didn't collapse. But just reaching the mantle, a layer about which we know relatively little, and retrieving a sample would be a scientific achievement of such a magnitude that some have called it geology's version of the moon landing. In this article, we'll explain the difficulty of digging such a deep hole, and what we might gain from it. 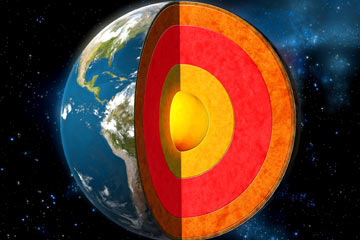 How Hard Is It to Dig That Deep?

It's going to be pretty tough. We know this because scientists actually tried to do it once before. In the early 1960s, they drilled five holes into the ocean bottom near Guadalupe Island in the eastern Pacific Ocean at a depth of 11,700 feet (3,566 meters). The deepest hole only penetrated 600 feet (183 meters) into the crust, just past the sediment on the surface into a sub-layer of hard rock. Unfortunately, they didn't get much farther. Some members of U.S. Congress thought digging to the mantle wasn't worth the cost, and in 1966, they canceled the project [source: National Academies].

Nearly a half century later, scientists are hopeful that the U.S., Japan and other countries will pool their resources to cover the cost. But the physical challenges of drilling to the mantle remain pretty daunting. Even if scientists find the thinnest possible section of the crust on the ocean bottom, that still means drilling through at least several miles of solid rock. To make things more difficult, as they drill deeper into the Earth, they'll encounter extreme temperatures, possibly in excess of 1,000 degrees Fahrenheit (538 degrees Celsius), and fantastic amounts of pressure — as much as 4 million pounds per square foot in the vicinity of the mantle. With that crushing force squeezing the equipment, it's going to be a challenge to keep it running, let alone to push material that's being excavated back up to the surface, so that scientists can get the samples they want [source: Yirka].

On the plus side, though, in the past 50 years, thanks to deep-water drilling by the oil industry, drilling technology has advanced significantly. We've got improved drill bits, tools and instruments that are much more able to withstand heat and pressure. And thanks to GPS and other advances, it's much easier to keep a drilling ship in exactly the same spot in deep water. Researchers also now know more about the ocean crust and how it is formed, and about the differences between the crust and mantle, according to Damon Teagle of the National Oceanography Center in Southampton, England, one of the leaders in the project. "We have a much better understanding of what we are trying to do," he explained in a 2011 interview [source: Cooper].

If the scientists don't encounter unforeseen snafus -- which is a big if, of course -- it could take them between 18 months and two years to drill down to the mantle. They hope to start in 2013 or the following year and complete the project before the end of the decade [source: Cooper].

What Will We Learn From Digging Down to the Mantle?

Hopefully, a lot. As we explained previously, knowledge about the Earth's mantle is pretty limited, because we can't go there, and we've never had a pure sample of it. Instead, scientists have tried to figure it out by studying seismic waves and examining the molten rock that flows out of volcanoes. They've also tried to glean clues about the mantle's composition by studying meteorites, which are forged from the same space debris as our planet [source: Osman].

But all those sources leave a lot of questions unanswered. If scientists eventually get some of the mantle to study, they stand to gain some new insights about how the Earth was formed billions of years ago, how it developed into the core, mantle and crust, and how plate tectonics began. If they can learn more about the precise mix of chemicals and isotopes in the mantle, they can get a better sense of how the mantle transfers chemicals to the surface [source: Osman].

More important, they may learn exactly how movement of the mantle's fluid rock affects the Earth's crust, in particular how the tectonic plates push and pull against one another [source: Cooper] Knowing more about the mantle and how it interacts with the crust might someday even help us to predict events such as earthquakes and volcanic eruptions [source: Matsu'ura].

But one of the most tantalizing possibilities is that scientists might actually find life deep inside the Earth. We're not talking about the monsters that Jules Verne imagined in "Journey to the Center of the Earth," but rather tiny, primitive organisms called extremophiles, which have evolved to resist extreme pressures and high temperatures (such as the microscopic "worms from hell" found at the bottom of a South African gold mine).Scientists already have found such organisms in the deepest ocean floor. If they're able to exist even deeper in the Earth, scientists speculate that such organisms might contain unique enzymes or other characteristics that researchers could put to use in developing biotechnology. Even more importantly, they might help us to understand the physiological limits of life [source: Osman].

Author's Note: Could you dig a hole all the way to the Earth’s mantle?

As a child in the 1960s, I loved reading comic books, and one of my favorites was the Classics Illustrated version of Jules Verne's novel "Journey to the Center of the Earth." I particularly was fascinated with the cover illustration, in which the characters are floating in the subterranean sea passage that Verne imagined and are under attack by prehistoric sea monsters. The vividness of that image contributed to my disappointment a few years later, when I learned in elementary school science class that the Earth was filled with molten rock, which seemed considerably less interesting. 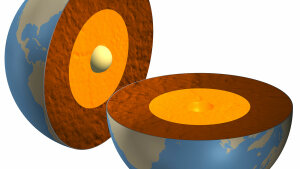 Could You Dig a Tunnel Right Through the Center of Earth? 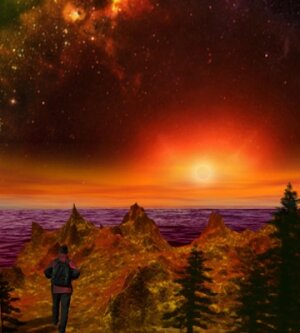 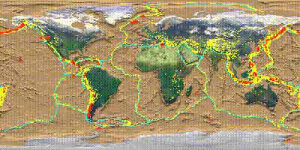