A few of the oceans' owners enjoy the beach in Comoros, an archipelago in the Indian Ocean. See more pictures of beautiful beaches.
Jose Cendon/AFP/Getty Images

Who owns the world's oceans? It's a legitimate question. We divvy up Earth's terrain through war, conquest and colonization. We use rivers, mountains and entire continents to establish geographic boundaries on land. The oceans have no apparent surface features -- just a flat, vast, briny expanse. They're also all connected; the world's five oceans are technically one single ocean that covers 71 percent of the planet [source: NOAA].

This makes it difficult to divide, and so ultimately, you own the oceans. You and the rest of the 6.6 billion people swarming over Earth's face right now [source: CIA]. All of us own the oceans, and yet none of us do. It's a conundrum.

For centuries, beginning with the Age of Exploration when ships were developed that could convey humans across the globe, the governments that represent people like you, the oceans' owner, agreed that no one owned the oceans. This informal agreement was referred to as the Freedom of the Seas doctrine. This concept is also referred to more swashbucklingly as the Law of the Sea.

The doctrine granted exclusive rights to the three-mile buffer of ocean that abutted a coastal nation's boundaries. These waters given to coastal countries extend those nation's terrestrial boundaries into the sea; when any foreign nation enters these waters belligerently or without permission, it's tantamount to an invasion of sovereign soil. The remaining majority of the sea was to be shared by all nations -- including landlocked ones -- for trade and commerce. Since the oceans are international waters, one nation attacking another's ship on the open sea could be construed as an act of war.

This provision drew the United States into two wars: the War of 1812 and World War I. The United States took the Freedom of the Seas doctrine seriously and defended it with its military. But it was also the U.S. that ultimately undermined the doctrine when it unilaterally expanded its coastal waters in 1945 from three miles offshore to a 200-mile boundary that approached the continental shelf [source: Water Encyclopedia]. It set off a massive sea grab among coastal nations, and relations became tense among nations whose new enlarged marine boundaries overlapped.

At the root of this shift in perception of ownership of the world's oceans was, as with most things, money.

Who cares who owns the oceans?

Want a parade held for you? Be the first person to circumnavigate the globe. A posthumous celebration was held in Spain in 1522 to honor Ferdinand Magellan's feat.
Hulton Archive/Getty Images

The Age of Exploration quickly lent itself to an age of colonialism. Europe's nations sailed to ancient and new lands and claimed them as extensions of their own soil. In the process, they warred with other countries for territory and committed genocide against the indigenous peoples already living there. The raw materials found in these new territories offered seemingly limitless wealth for the colonizing nations. But millennia of learning to exploit raw materials had taught Europeans that anything found on land was ultimately finite.

It took slightly longer for this perception to include the sea as well. Humans circumnavigated the globe only in A.D. 1522, but have lived on land for 195,000 years [source: University of Utah]. Because of the immense size of the world's oceans and our technological inability to remove the resources found in and below them, the idea was that we humans are incapable of depleting these resources. That idea changed in the mid-20th century.

Oil exploration and production became increasingly sophisticated, and nations moved to secure as much oil, natural gas and minerals from the oceans as they could. Since there were no formal treaties or international laws concerning oceans, there was little resistance any governments could legitimately offer to encroaching nations. The oceans, which had been everyone's shared property for centuries, were now being carved up without any coherent pattern.

Ironically, the same oil and gas that had been removed from the oceans of the world was now polluting it. Tanker ships carrying cargoes of petroleum and oil occasionally spill their contents into the oceans. Those that make it from point A to point B (with a cargo of oil or otherwise) still leave diesel emissions in their wake.

With most of the ocean considered common property, the fisheries found in these areas are as well. Commercial fishing outfits from any country can send vessels to good fishing spots in international waters. The shared attention depletes these fisheries more quickly, and the heavy traffic in these areas has a disproportionate impact on the local ecosystems. Technology for exploiting oceanic resources developed at a rapid pace. In 1954, maritime oil production was less than one million tons annually. By the end of the 1960s, almost 400 million tons were removed per year [source: UN].

The economic impact and value of the oceans derived from commercial activities like fishing, shipping and mining is enormous. In 2004, the United States alone saw $63 billion in wages paid for oceanic activities [source: NOEP]. The money made from the oceans was having a deleterious effect as well. It became apparent that humans were poisoning the life below the water's surface.

In 1967, the United Nations first entertained the idea of intervening and establishing a formal international treaty, the first new agreement concerning the oceans in 300 years.

The U.N. and the Sea Grab of Today

Because of their importance in navigation, straits like the Strait of Gibraltar (shown off the coast of Tarifa, Spain) remain international waters.
Jose Luis Roca/AFP/Getty Images

It was the Maltese delegate to the United Nations who spoke up first, in November 1967, to urge the members of the U.N. to use their collective clout to come to an agreement on fair and responsible use of the world's oceans. It took 15 years, but an agreement was eventually struck from a nine-year conference that produced the U.N. Convention on the Law of the Sea.

The treaty was completed in 1982 and came into force in 1994. Essentially, it codified already established customs, like the Law of the Sea. International waters remained international, "the common heritage of all mankind" [source: UN]. Limitations were set on how much coastal water and seafloor a nation could claim as its own. The territorial sea, that aquatic boundary along a nation's coast that extends its terrestrial boundaries, was set at 12 nautical miles (13.8 miles and 22.2 km).

The convention also set clear definitions for types of waters. Straits, for example, cut through two land masses (usually owned by two sovereign nations) and connect two larger bodies of water. They're usually narrower than the 12-mile territorial sea rule. But due to their infinite value in shipping and defense, providing passageways through land masses, straits have traditionally been viewed as international water, despite their close proximity to sovereign nations' soil. The U.N. maintained the straits' position as international waters.

Other legislation determined by the convention included banning nuclear weapons testing in international waters, establishing a panel on ocean environmentalism, and, perhaps most importantly, creating the concept of exclusive economic zones (EEZ). Territorial waters are extensions of a state's laws and right of defense; EEZs are extensions of a state's rights to resources offshore. The boundaries of an EEZ go well beyond territorial waters, extending 200 miles (322 km) from shore [source: Water Encyclopedia]. All of the organic and mineral resources found in these waters are the exclusive domain of the coastal nation it belongs to.

EEZs presented a discrepancy, however. The United States and other nations in the post-World War II sea grab had defined their waters by the continental shelf, the comparatively shallow area (about 200 m or 650 feet) that extends from shore to the continental slope. This new EEZ restriction of 200 miles (322 km) narrowed other nations' boundaries. The U.N. compromised by allowing nations with wide continental shelves to extend their EEZ up to 350 miles (563 km) from shore, provided nations could prove the width of the shelf offshore.

Coastal nations have since moved to find geological evidence which extends their EEZs from 200 to 350 miles (322 to 563 km). In the Arctic Ocean, a new sea grab like the one ignited by the United States in 1945 is in full swing among the U.S., Canada, Greenland, Denmark, Norway and Russia. All of these states are scrambling to establish sovereignty over the ocean floor in the Arctic since an estimated 25 percent of the yet-untapped oil and natural gas stores left on Earth are thought to be locked beneath the ocean floor there [source: Geology].

The sudden interest in the Arctic reserves is fueled by melting arctic ice, ostensibly the result of climate change. As the Arctic ice melts, accessibility to the minerals below becomes easier and thus cheaper. But that melting ice will have another impact -- this one on shorelines. Rising sea levels will push shores inland and pull the sovereign boundaries of these nations farther out of the Arctic and away from its resources. Once this occurs, a new U.N. convention may be in order, since nations have shown that when it comes to the oceans' natural resources, skirting the rules is fair game.

Up Next
Pancake Ice: The Ice Formation That's Not About Breakfast
Pancake ice is fun and rare in some places, but it might be speeding up the warming of the ocean in the Arctic.
Explore More 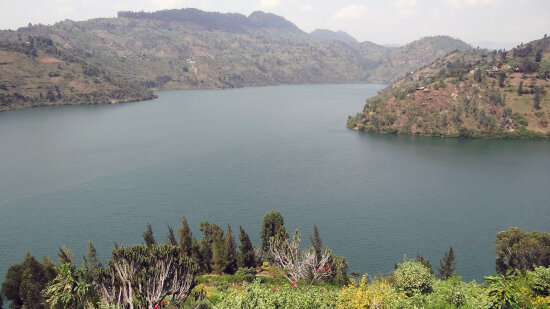 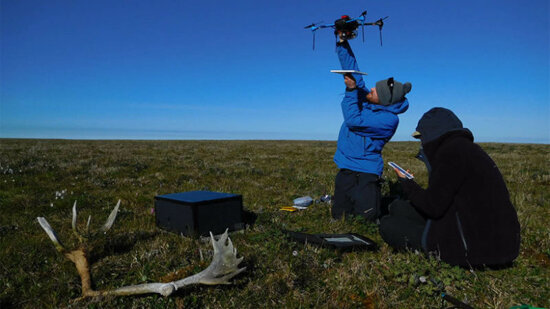