Shedding light on dark energy has been a bit of a challenge for today's astronomers. What dark energy actually is goes beyond our present scientific understanding. We know with some certainty that dark energy exists; we know how much of the universe is made up of it; we know the influence it has on our universe; but what scientists can't say is what it is this mysterious force that we can't see or detect.

Considering that dark energy is present throughout the universe, you'd think scientists would have an easier time tracking it down. In fact, it makes up nearly three quarters of our universe. Astronomers also know that dark energy is a force that works against gravity.

What's the difference between dark energy and dark matter?

Although the names seem to imply that they are similar, dark energy and dark matter are not directly related. Dark energy is the force responsible for the acceleration of the expansion of the universe at an ever-increasing rate since the Big Bang.

Dark matter, on the other hand, consists of the unseen particles that bind our universe—and even our own bodies—together. Although astronomers can't see dark matter through a telescope, they can locate dark matter by its gravitational effects on its surroundings and the detectable X-rays it emits, as explained by Craig Freudenrich.

Where dark matter is the force that keep the universe together and explains how the cohesion of the stars, galaxies and more is even possible, dark energy pushes it apart. As explained by Clara Moskowitz at Space.com, what we actually see—all visible matter—makes up a mere 4 percent of our universe.

How do we know dark energy is out there?

As a a matter of fact, as Discovery News' Nicole Gugliucci explains, some astronomers do not believe dark matter exists.

Before 1998, when two competing teams of researchers co-announced their findings that the universe is expanding at an accelerating rate, scientists were certain that the growth of the universe had to be slowing down. This discovery forced scientists to come up with an explanation for the force that could be working against gravity.

Dark energy was originally predicted as a cosmological constant throughout our universe by Albert Einstein. In May of this year, scientists collecting data for four years on nearly a quarter of a million galaxies stretching back over seven billion years concluded that dark energy is out there, as predicted by Einstein.

Could we ever tap into dark energy as a power source?

Ever? Maybe. Soon? Probably not.

Before scientists could even attempt to assess the possibility of harnessing dark energy as a source of electricity, we'd have to find it.

If we were able to harness the power of dark energy, however, we'd be using it for a lot more than simply powering our iPhone. Instead, tapping into dark energy could usher in a whole new era of human spaceflight.

Theoretically, a spacecraft that runs on dark energy is possible. According to a paper published in 2008 on arXiv.org, a dark-energy-powered spacecraft may be able to travel faster than the speed of light. The spaceship would actually stay in place while space-time around it was affected.

Sci-fi fans will recognize this as the basic concept of a "warp drive." In fact, one scientist has even created a design for what such a ship capable of traveling warp speeds would even look like.

That, however, is an application we likely won't see in our lifetimes. And dark-energy-powered electronics, cars or buildings aren't coming along anytime soon, either.

Talal Al-Khatib "What is dark energy? And could we tap into it?" 29 August 2012.
HowStuffWorks.com. <https://science.howstuffworks.com/environmental/energy/dark-energy.htm> 2 December 2022
Print | Citation
Featured
Special Offer on Antivirus Software From HowStuffWorks and TotalAV Security
Try Our Crossword Puzzles!
Can You Solve This Riddle?
Learn More: 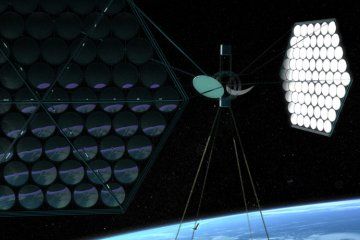 Up Next
Beaming Down Earth's Energy From Space
Explore More 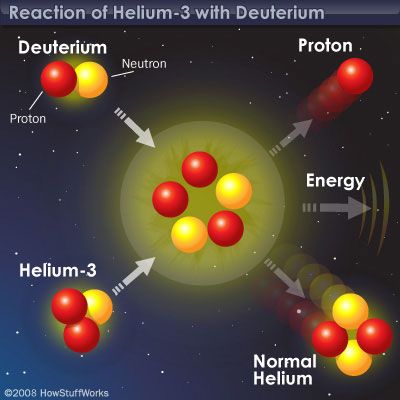 You May Like
Can we harness energy from outer space?
Explore More