by Dave Roos Sep 19, 2019
Beachgoers head for Rockaway Beach in New York. After Superstorm Sandy, the City of New York and the Army Corps of Engineers placed 3.7 million cubic yards of sand to reinforce the dunes. Steve Prezant/Getty Images

Signs of climate change are all around us. Ice caps are melting, sea levels are rising, and extreme heat and other weather-related events are happening more frequently. A rising chorus of experts say that getting ready for climate change catastrophes should include updating the infrastructure that helps keep cities and towns running across the globe. And we should be doing it right now.

"We're at a place where we can't design based on the past anymore," says Constantine Samaras, who teaches civil and environmental engineering at Carnegie Mellon University. He points out that engineers and policymakers should focus on refurbishing infrastructure — buildings, highways, airports, dams, waste facilities and power grids — so that it's able to withstand new demands posed by the shifting climate. That means anticipating both what people will need as well as new environmental stresses that climate change may heap on the existing system.

Take, for example, the prediction that sea global sea levels may rise as much as 6.5 feet (2 meters) over the next century. With 90 percent of the world's urban areas located along bodies of water, steps need to be taken immediately to protect low-lying areas against flooding, and raise or relocate coastal roadways, bridges and levees.

And what about the effects of rising overall temperatures? The Intergovernmental Panel on Climate Change (IPCC) predicts that global temperatures could rise by 2.5 to 10 degrees Fahrenheit (1.3 to 5.6 degrees Celsius) over the next century. The situation is even more dire in cities, where acres of concrete absorb and retain dangerous levels of heat.

Some U.S. cities are already taking steps. After the catastrophic flooding and wind damage caused by Superstorm Sandy in 2012, New York City invested $20 billion in dozens of resiliency measures meant to protect the city's 10 million residents against coastal storms that will only increase in frequency and intensity as the planet warms. New York shipped in 3.7 million cubic yards (2.8 million cubic kilometers) of sand to reinforce almost 10 miles (16 kilometers) of dunes along Coney Island. The rebuilt Rockaway Boardwalk, which was ripped to pieces by Sandy, was raised above the 100-year flood plane and a concrete retaining wall underneath will act as a barrier against storm surges.

Samaras also cites the Rockefeller Foundation's 100 Resilient Cities program, which helped popularize the new role of Chief Resilience Officer in major cities worldwide. Since the program launched in 2013, nearly 100 global cities have published long-term resilience strategies with over 3,000 specific initiatives already funded. (The organization closed down July 31, 2019, but the Rockefeller Foundation has announced an $8 million commitment to support the work of Chief Resilience Officers and member cities within the 100 Resilient Cities network.)

Paris, for example, is taking action against deadly heat waves like the 2003 tragedy that killed over 700 Parisians. The Paris Resilience Strategy of 2017 looks to transform the city's 761 schools into "green islands" that will function as urban oases of cooler temperature. The first 30 Parisian schools were refurbished with green roofs, rainwater capture, cooling fountains and lots of trees. The strategy calls for all of Paris's schools to be transformed into oases by 2050.

"All of these different parts of the infrastructure need to be designed to withstand extreme weather over the entire life span," Samaras says. U.S. infrastructure is already in desperate need of an update, even without accounting for the climate change threat. The country earned a D+ on the 2017 infrastructure report card issued by the American Society for Civil Engineers (ASCE). As it did in 2013 (the report card is released every four years), the ASCE gave low grades to the nation's bridges, dams, levees, ports and inland waterways, citing billions of dollars in long-overdue upgrades that will safeguard American lives and livelihoods over the next century.

The trouble is that all of those repairs and upgrades are expensive, and climate change is a notoriously politicized issue. (The Rockaway Beach restoration project cost $140 million.) Nevertheless, even a deeply partisan U.S. Congress proposed a $287 billion infrastructure bill in 2019 called America's Transportation Infrastructure Act that earmarked $4.9 billion over five years specifically for infrastructure projects that improve the resiliency of roads and bridges from extreme weather events. If passed, the bill would also create a $1 billion annual competition for resiliency projects in coastal states.

Now That's Interesting
The federal Highway Trust Fund, a cache of cash used to build and maintain American highways, is primarily fueled by an 18.3 cents per gallon tax on gasoline that hasn't been adjusted for inflation since it was first created in 1993.

Can You Hotwire a Late-model Car? 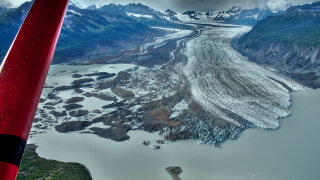 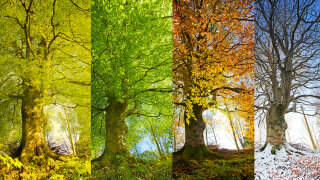