Where is the Earth's carbon stored? 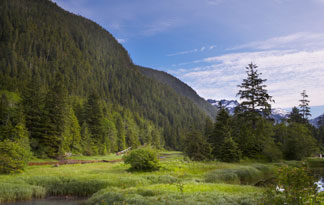 Do you know where the Earth's carbon is stored?
Ryan McVay/Getty Images

No one would blame you if you're sick of hearing about carbon. Every day it seems there are news stories about rising carbon levels, carbon emissions and even the search for new carbon-based life forms. It's enough to leave anyone wondering just what the heck carbon is and where the Earth is keeping all of it.

Carbon is a chemical element, and a pretty common one. It's the sixth most common element in the universe and the 15th most common one in the Earth's crust. Unlike a lot of other chemical elements, you can actually see some forms of carbon. Diamonds are one form of carbon, as is the graphite in the pencil you used in chemistry class when learning this stuff the first time around. But, the Earth isn't storing most of its carbon in diamonds and pencils -- no matter how much the jewelry and education industries might hope for that. Amorphous carbon is a third form of carbon, and it's a lot harder to see since, unlike diamonds and graphite, it doesn't have a crystalline structure.

So, where is all this carbon hiding out? Look in the mirror. Carbon is the building block for all life on Earth (which is why Captain Kirk and NASA are always looking for carbon-based life forms on other planets), and a good chunk of the total amount of it that the Earth has is in living and dead organic molecules. That means it's not only in you and your dog, but also in things like fossil fuels and road kill. Carbon is also found in the atmosphere where it's a part of carbon dioxide gas emitted when fossil fuels are burned and when living organisms breathe. It's in organic matter in the soil, and it's in rocks. But far and away the most carbon on Earth is stored in a surprising place: the ocean. There's estimated to be 38,000 to 40,000 billion metric tons of carbon in the ocean itself with a whopping 66 million to 100 million-billion metric tons of carbon in marine sediments and sedimentary rocks. Those sediments and rocks develop from the hard shells and body parts of marine organisms that have absorbed the carbon in the water. When they die, their bodies sink to the ocean floor, and the hard parts break down into sediment, which later are formed into sedimentary rocks.

So, the next time you wonder where the Earth's carbon is, take a long look in the mirror, and then put on your bathing suit and hit the beach.