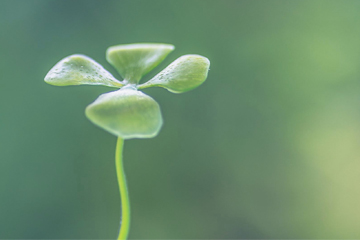 Clover, like all plants with chlorophyll, creates energy through photosynthesis.
Michael Moller/EyeEm/Getty Images

It's a concept most children learn in science class: Photosynthesis converts light energy to chemical energy. Essentially, photosynthesis is the fueling process that allows plants and even algae to survive and grow. So what would happen if photosynthesis suddenly stopped happening?

If photosynthesis came to an abrupt end, most plants would die within short order. Although they could hold out for a few days -- or in some cases, a few weeks -- how long they lived would largely be a factor of how much sugar they had stored within their cells. Large trees, for example, may be able to soldier on for several years — perhaps even a few decades — because of their energy stores and the slow rate of use. However, the majority of plants would meet a withering end, and so would the animals that rely on them for nourishment. With all the herbivores dead, the omnivores and carnivores would soon follow. Although these meat-eaters could feed on all the carcasses strewn about, that supply wouldn't last more than a few days. Then the animals that temporarily relied on them for sustenance would die.

That's because for photosynthesis to cease to exist, Earth would have to plunge into darkness. To do this, the sun would have to disappear and plunge Earth's surface temperatures into a never-ending winter of bitter cold temperatures. Within a year, it would bottom out at minus 100 degrees Fahrenheit (minus 73 degrees Celsius), resulting in a planet of purely frozen tundra [source: Otterbein].

Ironically, if the sun burned too bright, it could cause photosynthesis to stop occurring. Too much light energy would damage plants' biological structure and prevent photosynthesis from happening. This is why the photosynthetic process, in general, shuts down during the hottest hours of the day.

Whether the culprit were too much sunlight or not enough, if photosynthesis stopped, plants would stop converting carbon dioxide -- an air pollutant -- to organic material. Right now, we rely on photosynthetic plants, algae and even bacteria to recycle our air. Without them, there would be less oxygen production [source: Hubbard].

Even if all the plants on Earth were to die, people would remain resourceful -- especially if their lives depended on it. An artificial photosynthesis process being developed by scientists could just become the world's biggest problem-solver. Using an artificial "leaf," scientists have successfully harnessed sunlight and recreated photosynthesis. The leaf is actually a silicon solar cell that, when put in water and exposed to light, then generates oxygen bubbles from one side and hydrogen bubbles from the other -- essentially splitting oxygen and hydrogen. Although the idea was designed as a way to potentially produce clean energy, there are implications for recreating a photosynthetic atmosphere as well [source: Chandler]. 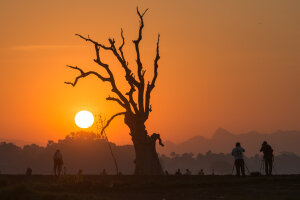 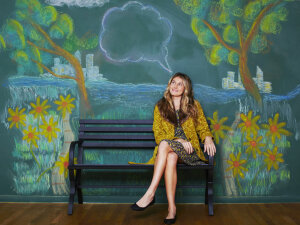 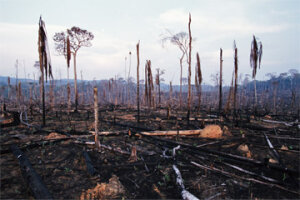