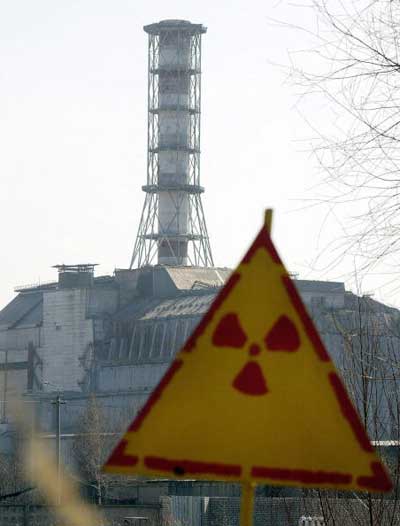 A sign warns of nuclear radiation at the site of the Chernobyl nuclear disaster.
AFP/Getty Images

Our planet has weathered many disastrous events since it banged into being around 4.5 billion years ago. Most recently, Hurricane Katrina, the Chernobyl nuclear explosion and global warming come to mind. Older contenders vying for this dubious title include the great ice age or the mass dinosaur extinction. But which one was the worst? What event caused the most lasting damage? It's a difficult, contentious question to answer, but this article will try.

First, it helps to define what we mean by the term environmental disaster. Definitions vary considerably. Disasters can be naturally caused or human-induced. They can be one-time occurrences or spread out over decades. In addition, their effects can take many forms. They may impair air quality, pollute the water, take human lives, destroy pristine landscapes or harm wildlife. For the purposes of this article, environmental disaster refers to occurrences that were one-time, human-induced events that had a long-lasting, negative impact on the environment.

Chernobyl, global warming and Hurricane Katrina seem like reasonable guesses. The nuclear reactor that exploded in the Ukraine spewed 50 tons of radioactive material, burned for 10 days and forced the evacuation of at least 30,000 people. Elevated radiation levels caused thousands of people to eventually die from cancer and other illnesses. In addition to the human casualties, the radiation carried by the wind contaminated millions of acres of forest [source: History Channel].

Despite the initial environmental damage, contaminated trees recovered within three years. And forests in the "exclusion zone," the area closed to humans because of dangerous radiation levels, are now thriving. In a surprising turn of events, nature once threatened by radiation is now blossoming in the absence of human interference, while the land outside the exclusion zone now is harmed by the actions of humans living there. Thus, although Chernobyl dealt a devastating blow to the people in the region, its long-term damage seems largely constrained to human life [source: Chernobyl Forum].

Likewise, global warming is a prolonged process rather than a one-time event, and Hurricane Katrina was a natural phenomenon. So what does meet our criteria? Find out on the next page.