Or­ganic farming was among the fastest growing segments of U.S. agriculture during the 1990s. The value of retail sales of organic food was estimated to be more than $20 billion in 2005. And, according to the Food Marketing Institute, more than half of Americans now buy organic food at least once a month. Why is organic food becoming so popular?

What is Organic Food?

­In D­ecember 2000, the National Organic Standards Board of the U.S. Department of Agriculture (USDA) established a national standard for the term "organic." Organic food, defined by how it cannot be made rather than how it can be made, must be produced without the use of sewer-sludge fertilizers, most synthetic fertilizers and pesticides, genetic engineering (biotechnology), growth hormones, irradiation and antibiotics. A variety of agricultural products can be produced organically, including produce, grains, meat, dairy, eggs, and processed food products.

"Organic" does not mean "natural." There is no legal definition as to what constitutes a "natural" food. However, the food industry uses the term "natural" to indicate that a food has been minimally processed and is preservative-free. Natural foods can include organic foods, but not all natural foods are organic. Only foods labeled "organic" have been certified as meeting USDA organic standards.

The phrase "organic farming" first appeared in Lord Northbourne's book "Look to the Land," published in 1940. But the truth is, organic farming is the oldest form of agriculture. Before the end of World War II, farming without the use of petroleum-based chemicals (synthetic fertilizers and pesticides) was the only option for farmers. Technologies developed during the war were found to be useful for agricultural production. For example, the chemical ammonium nitrate, which was used as munitions, became useful as fertilizer, and organophosphates used for nerve gas were later used as insecticide.

These days, farmers are switching to organic agriculture once again, but now with an ecologically based, systematic approach that includes long-term planning, detailed record keeping and major investment in equipment and supplies. Although it is still only a small industry, the number of organic farmers is growing by about 12 percent per year and now stands at more than 12,000 nationwide (source).

Organic Farming in the U.S. Today

The USDA's Economic Research Service reports that in 2003, the latest year for which data are available, farmers in 49 states used organic production methods and third-party organic certification services on 2.2 million acres out of a total of 828 million acres of farmland. Approximately two-thirds of the certified U.S. organic farmland was used for crops, and one-third was used as pasture.

Large farms, mostly located in the Midwest and West, produced processed tomatoes, organic wine grapes and other high-value crops on a commercial scale, whereas numerous small farms, concentrated in the Northeast, specialized in mixed vegetable production for direct marketing to consumers and restaurants.

While organic food can be found throughout the country, California was the leader in production of organic fruits and vegetables in 2003, with Washington and Oregon not far behind. Farmers and ranchers in 30 states raised a small number of certified organic cows, hogs and sheep. Wisconsin, California and New York were the top producers of organic dairy cows. The number of certified organic livestock increased more than fivefold from 1997 to 2003.

Beginning October 21, 2002, all farms and handling operations selling organic agricultural products worth more than $5,000 a year must be certified by a state or private agency accredited by the USDA. Organic farmers are, among other things, required to:

As you can imagine, organic agricultural practices are quite distinct from those of "conventional" farming.

As a last resort, organic farmers may apply certain botanical or other non-synthetic pesticides (for example, rotenone and pyrethrins, both of which are from plants).

The meat, dairy products and eggs that organic farmers produce are from animals that are fed organic feed and allowed access to the outdoors.

Unlike conventionally raised livestock, organic livestock must be kept in living conditions that accommodate the natural behavior of the animals. For instance, ruminants (including cows, sheep and goats) must have access to pasture. Although they may be vaccinated against disease, organic livestock and poultry may not be given antibiotics, hormones or medications in the absence of illness. Instead, livestock diseases and parasites are controlled largely through preventive measures such as rotational grazing, balanced diet, sanitary housing and stress reduction.

How Do I Know if a Food is Organic?

Foods grown and processed according to the federal standards will in most cases bear the seal "USDA Organic." As its use is voluntary, companies may choose not to display the seal.

If you see a food that is labeled "transitional," that means the farmer produced it during the three-year conversion period from conventional to organic.

Why Should I Care if a Food is Organic?

Why is Organic Food So Expensive?

Prices tend to be higher for organic than conventional products. As stated on the Web site of the Food and Agriculture Organization (FAO) of the United Nations (UN), certified organic products are generally more expensive than their conventional counterparts because:

The FAO also notes that prices of organic food include not only the cost of the food production itself, but also a range of other factors that are not captured in the price of conventional food, such as:

The FAO believes that as the demand for organic food and products increases, technological innovations and economies of scale should reduce costs of production, processing, distribution and marketing for organic produce.

Organic and conventional food must meet the same quality and safety standards. Organic food differs from conventionally produced food simply in the way it is grown, handled and processed. There is no scientific evidence to suggest that it is more nutritious or safer than conventional food. A recently published report indicates that organic food is less likely to contain pesticide residues than conventional food (13 percent of organic produce samples versus 71 percent of conventional produce samples contained a pesticide residue when long-banned persistent pesticides were excluded). Yet, according to the National Research Council, the traces of pesticides left on conventionally grown products are unlikely to cause an increased cancer risk. Also, if fruits and vegetables are properly washed, most of the chemicals can be removed.

As for taste, that's up to you to decide what you like best. In general, people tend to find that the fresher a food is, the better it tastes, regardless of how it was produced.

Is There Any Downside to Organic Food?

In addition to the higher price, there are two main criticisms of organic food. First, some people argue that eating such products increases your exposure to biological contaminants, putting you at greater risk for foodborne illness. In particular, concerns have been raised about:

The second criticism of organic agriculture is that organic farmers can't produce enough to feed everybody. Some experts contend that organic food production, and in particular the failure to implement genetic engineering techniques, will condemn millions worldwide to hunger, malnutrition and starvation because:

In contrast, proponents of organic farming argue that the problem isn't producing enough food -- the problem is getting the food that is already produced to the people who need it. The FAO says that under the right circumstances, the market returns from organic agriculture can potentially contribute to local food security by increasing family incomes. The issue remains under heated debate.

For more information on organic food and related topics, check out the links on the next page. 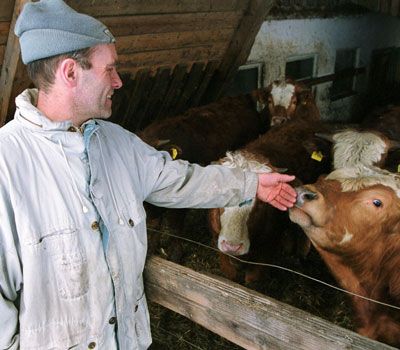 Up Next
Organic Farming
Explore More 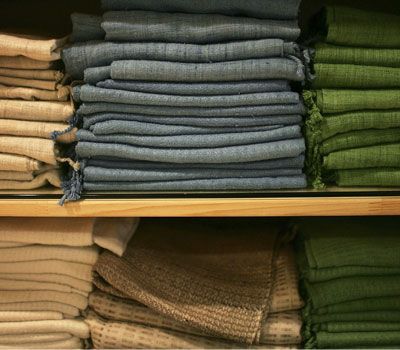