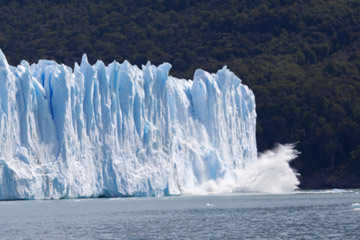 While a few scientists disagree with the overall scientific consensus that human behavior is contributing to climate change, there's no disagreement over one fact: the Earth's mean surface temperature is rising. While some regions on Earth are experiencing a cooling trend, the overall average temperature has increased about 0.74 degrees Celsius since the 1800s [source: National Climatic Data Center]. Climatologists believe this trend will continue with potentially devastating consequences for us and the environment.

So what can be done? Is there a way to reduce or even reverse the warming trend? Or can we only take measures to avoid making it worse?

The news isn't all bad. There are some measures humans can take to slow, halt or perhaps even reverse the warming trend. These measures range from changing our behaviors and making some sacrifices to plans that seem to belong in the realm of science fiction.

One way to affect global warming is to reduce greenhouse gas emissions. Greenhouse gases are important. Without them, the Earth would lose heat too quickly and life as we know it would be impossible to sustain. Greenhouse gases, which include water vapor and carbon dioxide, absorb heat in the lower atmosphere and reflect it back to the Earth. But according to the Intergovernmental Panel on Climate Change (IPCC), a consortium of more than 2,000 scientists, humans are increasing the greenhouse gas effect through carbon dioxide emissions from burning fossil fuels.

Assuming that the IPCC's conclusions are accurate, reducing greenhouse gas emissions and planting trees could help slow and eventually reverse global warming trends. It takes time for the environment to absorb carbon dioxide. Right now, humans are producing carbon dioxide faster than the environment can absorb it. It doesn't help that humans are also clearing large regions of forests for various reasons -- that reduces the carbon-absorbing abilities of the environment, too.

There's no question that if warming continues, it'll cause big problems for us. Sea levels will rise as ice melts at the Arctic circle. Farmers will see reduced yields in crops as the temperature climbs. Certain regions will experience extreme weather events like heat waves more frequently. And it's possible that we'll see bigger hurricanes more often. But if the globe keeps warming even if we cut greenhouse gas emissions, what can we do?

The first step might be finding a way to capture carbon from the atmosphere and recycle it ourselves, giving nature a boost.