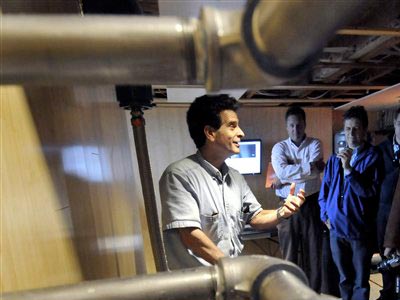 The Slingshot doesn't scrub contaminants -- from the culprits causing cholera to typhoid fever -- from water for free. It needs electricity. It's not much electricity, though -- about 1 kilowatt, which is a mere coffee-maker's requirement.

Stirling engines need only a source of heat and cold to work. The heat and cold expand and compress a gas to make pistons pump. You can see how they work in the article How Stirling Engines Work. Designs that require heat, as Kamen's does, can burn almost anything, from kerosene to methane from decomposing cow dung. As a source of cold, they can use air. So the materials to run these Stirling engines can be found almost anywhere.

Kamen's Stirling is more than an engine -- it's also a generator. (Engines convert fuel to motion, and generators convert motion into electricity.) An extra part allows Kamen's Stirling engine to produce electricity. When the engine's pistons pump, they turn a magnetic rotor. The rotor rotates inside a metal coil, which creates a current [source: Van Arsdell].

When running on the Stirling generator, the Slingshot plugs in to it with a power cord [source: Kamen]. One version of Kamen's Stirling produces 1 kilowatt -- enough to run the water purifier [source: Kamen].

But the two devices may fit together even more harmoniously. The generator happens to make a lot of extra heat as it burns fuel -- up to 85 percent of it doesn't get used. But when the generator and purifier are connected by a tube, hot air can blow into the purifier. There, it can do work, heating the incoming water and surrounding the purifier like a jacket, trapping heat inside [source: Kamen]. With help from the generator, the purifier can be even more efficient.

Stirling engines are hard to make because some of the concepts are tricky to execute, and it's challenging to mass-produce them affordably. But some companies are marketing Stirling engines, and DEKA (a research and development corporation founded by Kamen) hopes its design will make it even easier [source: WhisperGen].

Now that we know what the Slingshot is and one way it can be powered, let's look at why it might be appealing to a village in need of clean water. 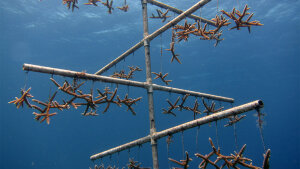 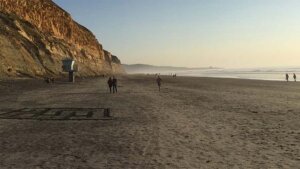 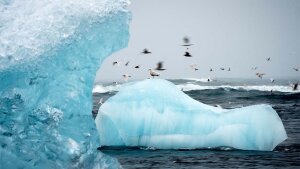