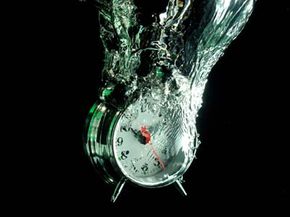 We live in a universe of clocks. What is a pocket watch but a mechanism that goes through change at a steady, predictable rate? Other aspects of the universe change as well. Some change at a steady, fixed pace (such as the movement of the planets), while others follow less predictable patterns (such as weather conditions). Even your body is a sort of clock, constantly changing and progressing in a cellular countdown to zero.

Welcome to the world of horology, the science of measuring time. From the outset, a horologist's goal is to find something that changes at a steady, predicable rate and use it as the measuring stick for all other changes. Ignoring your various clocks and electronic gadgets, what do you have in your life that is this predictable? Obviously, you could turn to the solar and lunar cycles, which have aided horologists since prehistoric times. But what good is a sundial without a sunny day?

Think about the plumbing in your home. Has a dripping faucet ever kept you awake at night? Do you know exactly when the toilet tank will finish refilling or how long it takes to fill up the bathtub? There you have it: another very predictable rate of change in the world around you. But could you divide your day into narrow increments based on the drip rate of water?

The technology may not sound as dependable as your cell phone alarm clock, but humans have turned to water-powered clocks for more than three and a half millennia. In this article, we'll discuss how some of these clocks functioned, as well as how water powers a few modern timekeeping gadgets.

Water-powered Clocks Through the Ages 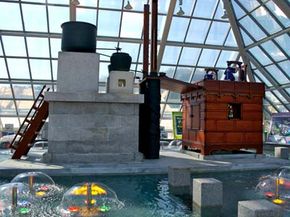 A recreation of a Korean water clock known as Jagyeongnu sits on display in middle of a fountain in Chuncheon, South Korea.
Yewenyi/Creative Commons License

Humans noticed the predictability of moving water long before recorded history. The oldest water clock we know of dates back to 1500 B.C., when it was interred in the tomb of Egyptian pharaoh Amenhotep I. The Greeks began using them around 325 B.C. and dubbed them clepsydras or "water thieves."

These early water clocks fell into two categories: outflow and inflow. In an outflow water clock, the inside of a container is marked with lines of measurement. Water leaks out of the container at a steady pace and observers tell time by measuring how much the water level has changed. For instance, if it takes one hour for the water level in the container to drop down one inch, then a three-inch drop in water level means that three hours have passed.

An inflow water clock follows the same basic principle, only the measurements are inside a second container, into which the first one drips. Either way, the measurement vessel is often bowel-shaped to ensure that it fills up gradually.

In some parts of the world, this technology survived unchanged up into the 20th century. In other areas, however, inquisitive minds elevated water clock technology to near Rube Goldberg proportions. You see, although a simple water clock operates with a certain degree of predictability, it's very difficult to maintain a constant, persistent flow.

Therefore, Greek and Roman engineers began regulating pressure in their water clocks between 100 B.C. and A.D. 500. While they were at it, they threw in bells, pointers and even mechanical displays involving moving doors and animated statues.

Meanwhile, Chinese engineers furthered their own water clock designs. By A.D. 1088, they were erecting elaborate water clock towers, some as tall as 30 feet (9 meters). Similar clocks were soon counting the hours in the Middle East.

Water clocks provided a reasonably reliable alternative to the sundial for ages. Yet the more engineers strove to perfect them, the more complicated water clocks became. The situation was hardly sustainable. For instance, when the century-old water clock in the Moroccan city of Fez stopped working in the mid 1400s, there was no one around to fix it. It remains inoperative to this day. 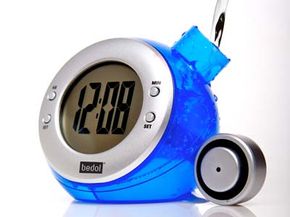 Can it really be this easy?
Image courtesy Bedol

You can still find quite a number of operating water clocks in the 21st century world. However, sine we've happened upon a number of reliable timekeeping technologies that don't require trips to the well and 30-foot (9-meter) towers, most of these water clocks exist as either museum pieces or works of kinetic art.

For instance, the whimsical Hornsby Water Clock gushes with the linear progression of time in New South Wales, Australia. The fountain is actually the third largest clock in the world and combines three different ancient water clock designs. Meanwhile, the work of modern horologicartist Bernard Gitton is on display in the Indianapolis Children's Museum. Gitton's 26.5-foot (8-meter) "Time Flow Clock" uses 70 gallons (265 liters) of water, methyl alcohol and food coloring to provide visitors with the time of day.

We live in an age of widespread electricity. Ironically, hydroelectric power accounts for 19 percent of the world's energy production [source: U.S. Geographical Survey]. Due to this, you could argue that many modern clocks are essentially water-powered. If you went so far as to count the use of steam in conventional and nuclear power plants, then that percentage reaches much higher.

Another from of water-powered clock bears mentioning, despite the fact that it doesn't depend on the movement of water at all. All you need in order to power the Eco-Friendly Water-Powered Clock (pictured above) is a little water -- and a splash of natural lemon juice.

This clock runs off a simple galvanic cell battery, which entails the emersion of a cathode or positive metal (such as copper) and an anode or negative metal (such as zinc) in an electrolyte solution. The lemon-laced water serves as the electrolyte solution, which allows the transfer of electrons between the two metals, resulting in an electric cell. If you've ever used a potato to power a digital clock as a school project, then you've witnessed the same process at work. These water-powered clocks tend to sell for less than $20, not counting any lemon juice runs you'll have to make.

Ready to make the switch to liquid-based timekeeping? Explore the links on the next page to learn even more about water clocks and other green gadgetry. 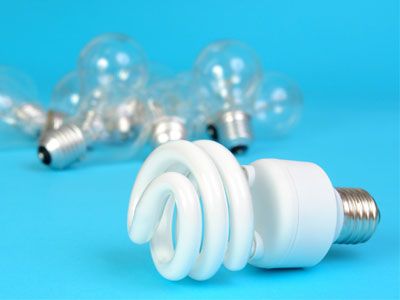 Up Next
How CFL Bulbs Work
Explore More 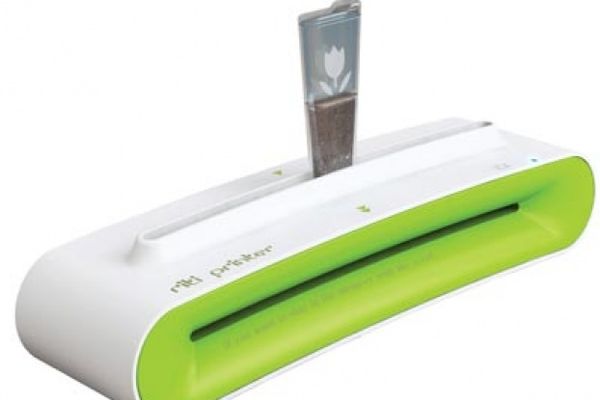 You May Like
How Coffee Printers Will Work
Explore More