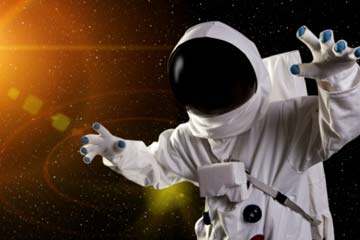 Because astronauts like the ones on the International Space Station (ISS) are moving so quickly, they're also aging a bit more slowly than the rest of us. Due to a principle of physics known as time dilation, after a six-month stint on the ISS, returning astronauts are just a tiny bit younger than the rest of us. But before you book a ticket that'll take you literally out of this world, understand this isn't exactly a fountain of youth we're talking about. Your six-month effort at age reduction will only garner you about 0.007 seconds of extra life, according to the calculations of one ISS astronaut [source: Lu].

But that's not really the issue we're talking about when we discuss how humans age in space. Let's start with a rundown of how the aging process typically proceeds on Earth. Until scientists muster up a way to make us all immortal, most of us will go through the process of aging. This typically involves metamorphoses like bones becoming brittle, blood vessels hardening, muscles wasting away, joints stiffening up, bowels turning irritable, bladders becoming unpredictable, teeth decaying, vision growing dim, skin wrinkling up, and so on.

While for most people, it takes decades to really start to feel the effects of the aging process, humans stationed in space experience some of them in fast-forward. They're often reversible once an astronaut returns home, although sometimes a few of the changes can be permanent.

A lack of gravity is the main cause for these intense alterations. Gravity is one of the most important forces at work on Earth, and it plays an immense role in the majority of our bodily systems. Take the muscles, for example. Older peoples' muscles tend to shrink and atrophy as they age and become less mobile. Astronauts' muscles react in a similar way because they are barely used. That's why astronauts in space for extended periods of time use special exercise machines to help mitigate this effect.

A similar process takes place in the bones. After a certain age, people on Earth start to lose mass in their bones, typically at a rate of about 1-to-2 percent a year. But in space, those people lose bone mass at a greatly accelerated rate: as much as 1-to-2 percent a month. Because the astronauts' skeletal systems don't need to support their weight, the bones begin to decrease production of new bone material and increase the amount of old bone absorption. Luckily, their skeletal systems usually return to normal once they've spent some time back on terra firma [source: NASA].

Even though they're saving 0.007 seconds, astronauts still experience some of the symptoms of a drawn-out aging process. Researchers are working to figure out the mechanics of why these changes occur, as well as what can be done to prevent them. This information could not only to help make spaceflight easier on the human body, but to help improve life on Earth as well. 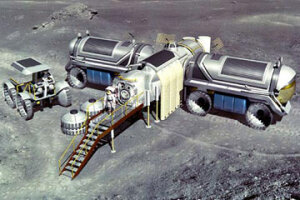