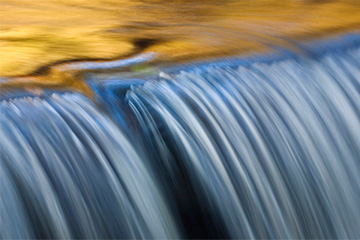 Scientists say you can't see an image that is equally blue and yellow at the same time. The opponent neurons of the brain can’t be excited and inhibited simultaneously. But some researchers think otherwise.
sodapix/Thinkstock

Here's a brain-melter — there is no such thing as the color blue. Or red, or green, or fuchsia or lavender. In fact, there is no tangible, absolute thing called "color." Color exists purely in our minds. (Dude!)

A banana, for example, is not inherently yellow. To prove it, stumble down to your kitchen in the middle of the night and hold a banana in front of your face. What color is it? Kind of a dirty grayish black, but definitely not yellow. That's because colors are not emitted from objects; they are reflected. A banana is yellow because when light bounces off a banana, it shines back yellow.

How does it work? White light — such as sunlight or the light from a bright light bulb — is composed of wavelengths spanning the entire visible spectrum. When white light passes through a prism, you can see all of the pure colors in the spectrum: violet, indigo, blue, green, yellow, orange and red.

When white light shines on a banana peel, something incredible happens. A natural pigment in the banana peel called xanthophyll is chemically programmed to absorb certain wavelengths and reflect others. The dominant reflected wavelength of xanthophyll is yellow.

But the yellow of that banana still doesn't exist. It only starts to exist when the reflected light from that peel is detected by millions of color-sensing cells in your retinas called cones. There are three types of cones, each responsible for sensing a different wavelength of light. The cones send electrical impulses to the brain, where the data is processed into a single recognizable color: yellow [source: Pappas].

The moral of the color story is this — without our cones and without our brains, colors don't exist. And even when they do, it's only in the mind of the beholder. Which leads to a fascinating question: What if there are colors within the visible spectrum that our cones and brains can't see? In fact, there are. So-called impossible colors or forbidden colors break the biological rules of perception. But some researchers think they've discovered a way to see the impossible.

Let's start by digging deeper into the science of color perception. 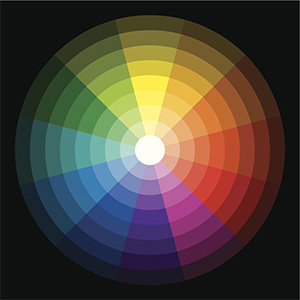 The colors we perceive are the result of reflected light being detected by cones in our eyes and then processed by our brains.
PeterHermesFurian/iStock/Thinkstock

As we've already discussed, the colors we perceive as red, green, yellow, burnt sienna and so forth are the result of reflected light being detected by cones in our eyes and then processed by our brains. To understand why so-called impossible colors break the rules of visual perception, we need to understand more about how our cones and our brains interact.

Each of your eyes contains roughly 6 million cones concentrated in the center of the retina [source: Pantone]. These cones come in three different wavelengths: short, medium and long. When a cone receives a strong signal in its wavelength zone, it sends electrical impulses to the brain. The brain's job is to combine the millions of electrical signals from each cone to recreate a composite "image" of the true color.

The brain, of course, is not a computer, but has its own complex lump of highly specialized cells. The cells responsible for processing the electrical signals from the cones are called opponent neurons [source: Wolchover]. There are two types of opponent neurons that reside in the brain's visual cortex: red-green opponent neurons and blue-yellow opponent neurons.

That, my friend, is why blue-yellow is an impossible color. The same is true for red-green. You might be saying, "Wait a second, I know exactly what yellow and blue look like together — it's green! And red and green make a kind of muddy brown, right?" Nice try, but that's the result of mixing together two colors, not a single pigment that's equally blue-yellow or equally red-green.

All the way back in 1801, long before scientists knew about cones and neurons, English physician Thomas Young theorized that the human eye has three types of color receptors: blue, green and red. Young's trichromatic color theory was proven correct in the 1960s, when cones (named for their shape) were discovered to have special sensitivity to blue, green and red light [source: Nassau].

The opponent theory of color perception has been around since the 1870s, when German physiologist Ewald Hering first postulated that our vision was ruled by opponent colors: red versus green and blue versus yellow. Hering's opponent theory is supported by the fact that there are no colors that could be described as reddish-green or yellowish-blue, but every other color in the visible spectrum can be created by combining red or green reflected light with yellow or blue [source: Billock and Tsou].

Both trichromatic color theory and opponent theory were treated as immutable truths of color perception for more than a century. Taken together, the two theories argue that it's impossible for the human eye or mind to perceive certain colors described as red-green or blue-yellow.

Thankfully, there are always a few rogue scientists who like to push the realms of possibility. In the early 1980s, visual scientists Hewitt Crane and Thomas Piantanida designed an experiment with the goal of tricking the brain into seeing impossible colors.

In Crane and Piantanida's experiment, subjects were instructed to stare at an image of two adjacent strips of red and green. The subjects' heads were stabilized with a chin rest and their eye movements were tracked by a camera. With every small twitch of a subject's eyes, the red and green image was automatically adjusted so that the subject's gaze remained fixed on the opposing colors [source: Billock and Tsou].

The results, published in the journal Science in 1983, were mind-blowing. If people stared at adjacent opposing colors long enough, the border between them would dissolve and a new "forbidden" color would emerge. The resulting color was so new that subjects had great difficulty even describing it [source: Wolchover].

By stabilizing the image to track eye movements, Crane and Piantanida theorized that different areas of the eye were being continuously bathed in different wavelengths of light, causing some opponent neurons to get excited and others to be inhibited at the same time.

Oddly, Crane and Piantanida's experiment was dismissed as a parlor trick, and several other vision scientists failed to achieve the same dramatic results. It wasn't until the 21st century that impossible colors were given a second life.

How to See Impossible Colors

When teams of researchers tried to re-create Crane and Piantanida's revolutionary experiments with impossible colors, they often came up with disappointing results. Instead of seeing brand-new hues of greenish-red or blueish-yellow, subjects most frequently described the blended color as mud-brown [source: Wolchover]. Others would see fields of green with pixelated red dots scattered across it. Impossible colors became a scientific joke.

But in 2010, impossible colors were back in the headlines. This time, a pair of visual researchers from the Wright-Patterson Air Force Base in Ohio, believed they had determined why Crane and Piantanida had succeeded where others had failed.

In a Scientific American article, biophysicists Vincent Billock and Brian Tsou identified the combination of eye tracking and luminance (brightness) as key to tricking the brain into seeing impossible colors [source: Billock and Tsou].

Billock and Tsou ran their own experiments in which subjects were again strapped to a chinrest and monitored by the latest retinal tracking technology. With the images stabilized to the subjects' eye movements, Billock and Tsou played with the brightness or luminance of the two opposing color stripes.

If there was a difference in brightness, the subjects experienced the pixelated colors reported in earlier experiments. But if the two colors were equiluminant — exactly the same brightness — then six out of seven observers saw impossible colors [source: Billock and Tsou]. Even better, two of them could see the new colors in their minds for hours after the experiment was over.

Can you train yourself to see impossible colors? While few of us have a retinal stabilizer in the basement, there are some simpler exercises that can temporarily trick the brain into seeing the forbidden. The simplest is to stare at an image of two opposing color squares, each with a white plus sign in the middle. Relax and cross your eyes until the two plus signs merge into one [source: Wilkins]. What do you see?

Let's take a moment to appreciate the miracle that is color vision. The animal kingdom has evolved the biological technology to detect subtle variations in the energy wavelengths of reflected light and translate that data into 3-D color images. It's estimated that humans can see as many as 10 million different colors. Why in the heck did we evolve this ability; so Crayola could release a 10 million pack of crayons? Some evolutionary biologists believe trichromate color vision evolved in primates to help us spot colorful berries. Other animals have eyes and brains that can see beyond the visible spectrum. Honeybees can see in infrared. Butterflies and some fish perceive ultraviolet light. The existence of impossible colors makes you wonder what else is out there that we can't see ... yet.

What's the Difference Between Covalent and Ionic Bonds?
Is krokodil really a flesh-eating zombie drug?
Can't Read Roman Numerals? We Can Teach You