What is a wavelength? 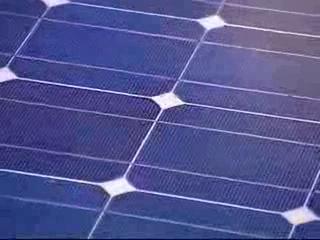 A wave is made of traveling energy. Consider the waves in a swimming pool: If you jump into the water, waves travel from the spot where you hit to the other side of the pool. Those waves are a result of the energy from your splash, and the energy moves across the pool. Take note that it's only the energy that moves, not the water. When the water molecules move up and down at a right angle to the direction of the wave, it's called a transverse wave. Light waves are similar in that they, too, are made of traveling energy composed of electric and magnetic fields. That's why light is sometimes called electromagnetic radiation. These fields vibrate perpendicularly to the direction the light wave is moving in, and they also vibrate perpendicularly to each other.

Wave size is measured in wavelengths. The wavelength is calculated by determining the distance between corresponding points on consecutive waves. Normally this is done by measuring from peak to peak or from trough to trough. When it comes to light, you can only see wavelengths of 400 to 700 billionths of a meter. However, wavelengths can be as small as one billionth of a meter, like in gamma rays. They can also be as long as centimeters or meters, like in radio waves. Light waves are just part of the wave spectrum.

The first person to recognize that light works as a wave was Christian Huygens in the late 1600s, and his work was followed up by Thomas Young in 1807. Young realized that light would spread out after passing through a slit, and the movement of waves was a good way to explain this type of light behavior. One of the properties of light waves is that light beams always radiate outward.

The Venn Diagram: How Overlapping Figures Can Illustrate Relationships
How Alchemy Paved the Way for Chemistry
Primary Colors Are Red, Yellow and Blue, Right? Well, Not Exactly