Unless you're in a particularly remote area, you can't go far in most develo­ped countries without finding a fast-food restaurant. You also can't go far without seeing cars, even if most of those cars are taxis. Much of the time, fast-food restaurants and cars seem to be everywhere. This is really no coincidence - without cars, we wouldn't have fast food.

The fast food phenomenon evolved from drive-in restaurants built in southern California in the early 1940s. Restaurateurs wanted to take advantage of the rising popularity of cars, so they designed restaurants that let people order and eat without leaving their vehicles. Drive-ins were busy and successful, but they generally used the same short-order style of food preparation that other restaurants did. The service wasn't speedy, and the food wasn't necessarily hot by the time a car hop delivered it.

Richard and Maurice McDonald owned such a restaurant. After running it successfully for 11 years, they decided to improve it. They wanted to make food faster, sell it cheaper and spend less time worrying about replacing cooks and car hops. The brothers closed the restaurant and redesigned its food-preparation area to work less like a restaurant and more like an automobile assembly line.

­Their old drive-in had already made them rich, but the new restaurant - which became McDonald's - made the brothers famous. Restaurateurs traveled from all over the country to copy their system of fast food preparation, which they called the Speedee Service System. Without cars, Carl and Maurice would not have had a drive-in restaurant to tinker with. Without assembly lines, they would not have had a basis for their method of preparing food.

Before the McDonald brothers invented their fast-food production system, some restaurants did make food pretty quickly. These restaurants employed short-order cooks, who specialized in making food that didn't require a lot of preparation time. Being a short-order cook took skill and training, and good cooks were in high demand. The Speedee system, however, was completely different. Instead of using a skilled cook to make food quickly, it used lots of unskilled workers, each of whom did one small, specific step in the food-preparation process.

The McDonald brothers' changes also applied to the design of the restaurant kitchen. Instead of having lots of different equipment and stations for preparing a wide variety of food, the Speedee kitchen had:

Instead of being designed to facilitate the preparation of a variety of food relatively quickly, the kitchen's purpose was to make a very large amount of a very few items. For example, when Ray Kroc, who founded the McDonald's corporation, visited the restaurant for the first time in 1954, he was selling milkshake machines that could make five shakes at once. The McDonald brothers wanted eight of them.

Copies of the Speedee Service System spread throughout California and the rest of the United States as restaurateurs adapted the techniques for their own restaurants. Many of the chains that copied the McDonald brothers' ideas still exist - they serve everything from tacos to chicken. Even though they serve vastly different types of food, they have some basic traits in common:

There's one reason for this uniformity in fast food - it's a product of mass-production. We'll look a little more at the production of fast food next.

Consistency has become a hallmark of fast food - in each chain, restaurants look alike and meals taste the same. Different regions might have special dishes on the menu, and different countries might have different items and recipes depending on the local culture. But in general, food from a particular chain tends to taste the same no matter which restaurant you visit. There are several reasons behind this:

The mass-production process requires each restaurant chain to have a distribution network to carry the food to every restaurant. Warehouses store enormous amounts of everything a restaurant needs, including food, paper products, utensils and cleaning supplies. The warehouses then ship supplies to each restaurant by truck. Warehousing and distribution, just like the management of the chain, is centralized rather than handled by each restaurant.

Next, we'll look at how the mass-production process affects the nutritional value and safety of fast food.

Mass-production is central to fast food. It allows restaurants to receive and store a large amount of food, then cook and serve it as needed. It also allows the companies that own the restaurants' name and trademarks to control what the food looks, smells and tastes like. But, in general, mass-produced fast food is a little different from similar dishes prepared at home:

In fact, according to McDonald's nutrition charts, if you eat a Big Mac, a large order of fries and a baked apple pie and drink a large Coke, you'll be consuming:

The United States Department of Agriculture (USDA) Food Guide recommends that most adults limit their daily consumption to about:

In other words, in one fast-food meal, you can consume almost as many calories and sodium and more fat than you should consume in a day. Even if you have a relatively small meal, like a burger, small fries and a small Coke (no dessert), you'll still consume 640 calories, 20 grams of fat and 700 milligrams of sodium. But most fast-food menus are built around large portions. Studies suggest that the size of the portions and the fact that the next larger size only costs a little more encourage people to eat a lot more than they normally would.

In addition, many of the fats in most American fast foods are trans fats, or partially hydrogenated oils. These oils taste good but increase people's risk of heart disease more than other fats do. Researchers believe that consuming more than 5 grams of trans fats per day increases a person's risk of heart attack by 25 percent. More than half of the large-sized fast-food meals analyzed in one study surpassed the 5-gram limit [ref].

The fat, salt and trans fat are part of the allure of fast food - they taste good. Some researchers also theorize that fast food's fat content and its ability to deliver lots of calories in one sitting give it an addictive quality. In addition, the high concentrations of salt, fat and sugar are necessary to make mass-produced food flavorful without making it too expensive.

The mass-production process involves sending lots of food through a factory in a short amount of time. For this reason, one sick animal or piece of waste can contaminate a large amount of food very quickly. Bacteria, viruses and parasites can spread to all of the food in a large mixing vat, or it can contaminate machinery used to process the food. This doesn't mean that mass-produced food is less safe than home-cooked food. In fact, most foodborne illnesses come from food cooked in the home. Instead, it means that when contamination does occur, it's likely to affect a lot of people at the same time.

For example, in 1993, 700 people became ill after eating hamburgers contaminated with e. coli O157:H7 bacteria. Two hundred people were hospitalized, and four died. The 0157:H7 strain of e. coli is particularly dangerous for the very young and very old, and many of the people who got sick were children.

These hamburgers were served at Jack in the Box restaurants in four states. The outbreak made international news, and Jack in the Box nearly went out of business. Although it was not the largest foodborne illness outbreak in history, it got people's attention and made many of them question the safety of fast food - particularly of hamburgers from Jack in the Box.

After the outbreak, Jack in the Box hired food scientist David M. Theno to help the chain prevent future outbreaks. Theno advocated an established system known as Hazard Analysis Critical Control Points (HACCP). HACCP identifies the steps in the food-production process at which a product can become unsafe to eat. Many restaurants and suppliers now use this and similar programs to help ensure the safety of food. However, books like "Fast Food Nation" suggest that some food-processing plants do not follow these procedures.

Regardless of whether the processing plants in question have improved since the publication of "Fast Food Nation," nearly every restaurant chain now gives its employees guidelines for food safety. These guidelines cover everything from proper hand washing to the proper order for cleaning surfaces in the restaurant. They also cover cooking times and temperatures, which would have lessened the severity of the 1993 Jack in the Box outbreak. Some chains employ people whose only jobs are to clean and inspect their restaurants, or the chains purchase inspection services from other companies.

Next, we'll take a look at the history of fast food.

Fast Food Nutrition in the Media

The nutritional value of fast food has gotten a lot of media attention in the last few years. "Fast Food Nation," by Eric Schlosser, focuses on how fast food is made and marketed. Schlosser has written a follow-up book for adolescent readers called "Chew On This," and a film version of "Fast Food Nation made its debut at Cannes Film Festival in 2006.

Fast-food and other restaurant corporations have accused these books and movies of being inaccurate, reactionary and biased.

The History of Fast Food

Restaurants have been around in some form for most of human civilization. But they usually catered to travelers. As far back as ancient Greece and Rome, inns and taverns generally served food to people who had a reason to be away from home. This trend continued until relatively recently. Although taverns and coffee houses were popular places to gather and share beverages in the 17th century, the idea of eating out for fun didn't take off in Western society until the late 18th century.

Although McDonald's was the first restaurant to use the assembly-line system, some people think of White Castle as the first fast-food chain. White Castle was founded in 1921 in Wichita, Kansas. At the time, most people considered the burgers sold at fairs, circuses, lunch counters and carts to be low-quality. Many people thought hamburger came from slaughterhouse scraps and spoiled meat.

White Castle's founders decided to change the public's perception of hamburgers. They built their restaurants so that customers could see the food being prepared. They painted the buildings white and even chose a name that suggested cleanliness. White Castle was most popular in the American East and Midwest, but its success helped give hamburger meat a better reputation nationwide. So, like cars, White Castle played an important part in the development of fast food.

The McDonald brothers opened their redesigned restaurant in 1948, and several fast-food chains that exist today opened soon after. Burger King and Taco Bell got their start in the 1950s, and Wendy's opened in 1969. Some chains, like Carl's Jr., KFC and Jack in the Box, existed before the Speedee Service System, but modified their cooking techniques after its debut. McDonald's, which started it all, is now the world's largest fast-food chain.

According to the National Restaurant Association, American sales of fast food totaled $163.5 billion in 2005 [ref]. The industry is growing globally as well. Total sales for McDonald's grew 5.6 percent in 2005, and the company now has 30,000 franchised stores in more than 120 countries [ref and ref].

However, McDonald's - and fast food in general - does not always get a welcoming reception around the world. McDonald's restaurants have been attacked in several countries, including the United States, China, Belgium, Holland, India, Russia, Sweden and the U.K. Protestors have accused McDonald's and other chains of selling unhealthy food, marketing aggressively to children and undermining local values and culture.

See the links on the next page for more on nutrition, fast food and related topics.

The History of the Drive-Through 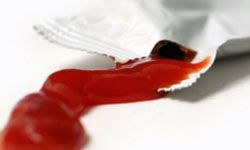 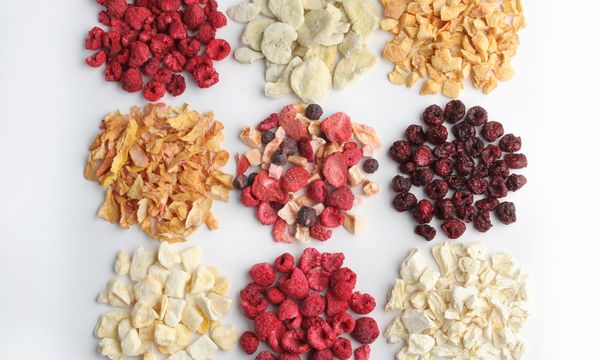 You May Like
How Freeze Drying Works
Explore More