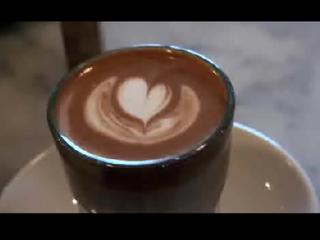 It's as much a part of the morning ritual as brushing your teeth and making the bed. It gives energy drinks their zip. According to its adherents, it can alternately keep you calm, sharpen your mind or provide the vital boost to make it through an all-nighter.

Crave or avoid it, caffeine is a powerful influence in our lives.

Around 90 percent of Americans consume caffeine every single day in one form or another. More than half of all American adults consume more than 300 milligrams of caffeine every day, making it America's most popular drug by far [source: Johns Hopkins].

But the U.S. is far from the lead when it comes to national caffeine consumption. According to a 2010 report by commodities analysts for Businessweek, Scandinavian nations such as Finland consume more caffeine per capita -- mostly in coffee -- than any other country. The report noted other surprising trends, like a move in Brazil to offer coffee drinks as part of grade-school lunches [source: Wallace].

Although Americans aren't the world's biggest per-capita caffeine fiends, we're not exactly teetotalers. Research by the U.S. Food and Drug Administration (FDA) and the American Medical Association (AMA) has led these groups to consider 300 milligrams (about two cups of coffee) the upper limit of a moderate daily dose. But roughly 20 percent to 30 percent of Americans consume more than 600 milligrams -- considered a high dose of the drug -- on a typical day [source: Kovacs]. If you consume more than four cups of coffee a day, you're probably among that number.

Caffeine is a natural component of chocolate, coffee and tea, and is added to colas and energy drinks. The international medical community recognizes caffeine withdrawal as a medical syndrome, yet it's a common ingredient in diet pills and some over-the-counter pain relievers and medicines, and it's being studied for its potential benefits in battling Parkinson's disease, Alzheimer's and even cancer [source: Johns Hopkins]. Read on to learn more about this powerful drug and our complex relationship with it.