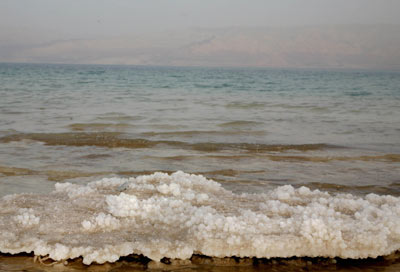 Kosher salt is used to make meats kosher by quickly drawing out the blood. Many chefs prefer to use kosher salt. Its coarse texture makes it easy to pick up and sprinkle on food during or after cooking. However, it doesn't dissolve as quickly as table salt, so it's better to use a finer salt when baking. When replacing table salt with kosher salt in a recipe, you usually need to double the amount because the larger kosher salt crystals take up more space.

Kosher salt is not iodized. Some claim that this makes it better to cook with -- iodine makes table salt taste slightly metallic. Because we can usually get iodine from many sources other than the salt that we cook with, there's no reason to worry about using noniodized salt.

Rock salt is a large-grained, unrefined salt that usually contains inedible impurities. It does have one use in cooking: Homemade ice cream recipes often instruct you to sprinkle rock salt on the ice surrounding the cylinder filled with the ice cream mixture. Salt makes ice melt faster, and the resulting salt and water mix freezes at a lower temperature than ice alone. This makes the ice cream freeze faster. Rock salt is also sprinkled on icy roadways and sidewalks to melt the ice.

We'll learn where all of these different types of salt come from in the next section.