The Difference Between Sugar and High-fructose Corn Syrup 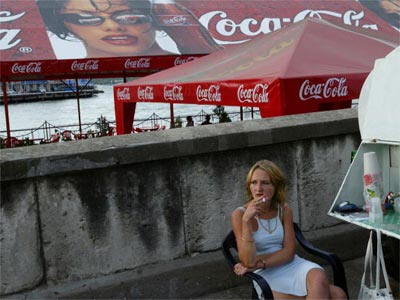 In Mexico and Europe, Coca-Cola is made with sugar, while in the U.S. it's been made with HFCS since the 1980s. Many Coke purists swear by the sugar version, hunting for rare specimens in U.S. stores.
Oleg Nikishin/­Getty Images

­As its name implies, high-fructose corn syrup (HFCS) comes from corn, not sugarcane or sugar beets. Created in the 1960s, this additive is now found in numerous processed foods, including many sodas. The syrup has become popular for food makers because it's cheaper than white sugar.

HFCS has a reputation for being unhealthy and fattening, which you can read more about in the article How bad for you is high-fructose corn syrup? It's also stigmatized as unnatural and artificial because the production process requires the addition of enzymes and fiddling with the molecular arrangement of regular corn syrup.

Some say that high-fructose corn syrup is a major contributor to the obesity epidemic because obesity rates have risen in lockstep with HFCS consumption. But the available scientific evidence is inconclusive [source: Warner]. That doesn't mean that HFCS is healthy. It's still "empty" calories -- no nutritional value, easily and quickly processed by the body.

There is, however, some evidence that the body treats HFCS differently than glucose, another common form of sugar. When a person's liver is deciding what to do with glucose, it has several options: use it for energy; convert the glucose into triglycerides or store the glucose as fat. A 2008 study found that fructose seems to go directly to fat [source: Parker-Pope]. The problem may also be more severe with those who are overweight. The study concluded that fructose itself isn't bad -- particularly fructose found in fruits, which are nutrient rich -- but that many people could be better served by limiting fructose consumption and avoiding overeating [source: Parker-Pope].