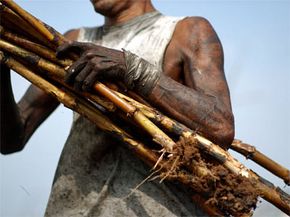 ­Sugar­ is one of our most prevalent commodities, but it wasn't always that way. The simple sweetener journeyed through history and across the world's trade routes before it became common in kitchen­s everywhere. More than 5,000 years ago, Polynesians used sugarcane as a sweetener. The substance eventually made it to India and from there spread west, aided by the pillaging and trade that accompanied the conquests of Darius, the Persian emperor, and Alexander the Great, who overthrew the Persian Empire.

In 1493, Christopher Columbus brought sugarcane to the Caribbean, which proved a perfect environment for growing cane. This fertile ground led to the development of a massive sugarcane industry in the so-called New World. Over the next few hundred years, plantations sprouted up throughout the Caribbean, West Indies and South America, fueling the slave trade. During these years, sugar finally became cheap enough to be accessible to most Europeans. Until then, it had been considered a luxury.

­From 1792 to 1815, when near-constant wars consumed much of Europe, British naval blockades forced mainland Europe to look for an alternative to cane sugar. The eventual solution was sugar beets, and since this period, Europe has gotten much of its sugar from beets.

Today sugar beets are grown throughout Europe, Asia, the Middle East and in parts of North Africa and South America. Sugarcane, on the other hand, requires tropical or semitropical­ climates, so it's grown in the southern U.S., South America, Africa, South Asia and the South Pacific.

Sugar is a simple ­carbohydrate that's responsible for the sweet taste in many foods we consume. It's called a carbohydrate because it contains carbon, hydrogen and oxygen. One teaspoon of white sugar has about 4 calories, and it provides a quick dose of energy that the body can process faster than complex carbohydrates or proteins. But eat too much sugar and the excess energy will be stored as fat.

Besides being used as a sweetener, sugar is also useful as a preservative. For example, sugar helps to hinder the growth of bacteria in jam. It can also be used as a bulking agent, or food additive, to achieve a certain kind of texture. Sometimes it's added to accelerate fermentation or to change the boiling or freezing point of a dish.

Keep reading to learn about the many guises in which sugar comes. 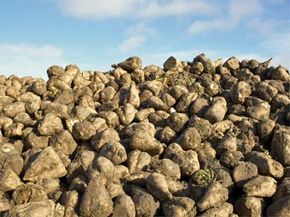 As opposed to the more temperamental sugarcane crop, farmers can grow sugar beets, like these seen here, in a wide variety of locations.
Richard Drury/­Getty Images

­There are numerous types of sugar, although most people might first think of basic table sugar, the white crystals used in most homes and in much cooking. This sugar is called sucrose and comes from sugar beets or sugarcane. Sucrose appears in other plants, too, along with glucose and fructose. It's actually in every plant since sugar and oxygen are products of photosynthesis. But unlike sugar beets and sugarcane, other plants don't produce sucrose in sufficient quantities for harvesting.

Other types of sugar include:

Besides beets and cane, sugar also can be derived from honey, many fruits (such as dates and coconuts) and tree saps. Molasses isn't technically a sugar; it's actually a potent black syrup that's a byproduct of when sugar is extracted from beets or sugarcane. White sugar contains almost no molasses, but brown or "raw" sugar contains some. Molasses can also make brown sugar stickier and, of course, a darker shade of brown.

On th­e next page, we'll look at the most popular, and perhaps­ the most controversial, of sugar substitutes: high-fructose corn syrup.

The Difference Between Sugar and High-fructose Corn Syrup 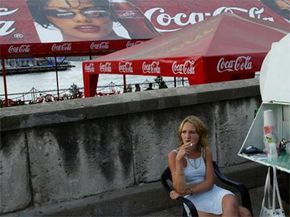 In Mexico and Europe, Coca-Cola is made with sugar, while in the U.S. it's been made with HFCS since the 1980s. Many Coke purists swear by the sugar version, hunting for rare specimens in U.S. stores.
Oleg Nikishin/­Getty Images

­As its name implies, high-fructose corn syrup (HFCS) comes from corn, not sugarcane or sugar beets. Created in the 1960s, this additive is now found in numerous processed foods, including many sodas. The syrup has become popular for food makers because it's cheaper than white sugar.

HFCS has a reputation for being unhealthy and fattening, which you can read more about in the article How bad for you is high-fructose corn syrup? It's also stigmatized as unnatural and artificial because the production process requires the addition of enzymes and fiddling with the molecular arrangement of regular corn syrup.

Some say that high-fructose corn syrup is a major contributor to the obesity epidemic because obesity rates have risen in lockstep with HFCS consumption. But the available scientific evidence is inconclusive [source: Warner]. That doesn't mean that HFCS is healthy. It's still "empty" calories -- no nutritional value, easily and quickly processed by the body.

There is, however, some evidence that the body treats HFCS differently than glucose, another common form of sugar. When a person's liver is deciding what to do with glucose, it has several options: use it for energy; convert the glucose into triglycerides or store the glucose as fat. A 2008 study found that fructose seems to go directly to fat [source: Parker-Pope]. The problem may also be more severe with those who are overweight. The study concluded that fructose itself isn't bad -- particularly fructose found in fruits, which are nutrient rich -- but that many people could be better served by limiting fructose consumption and avoiding overeating [source: Parker-Pope].

Sugar in Nature and the Body 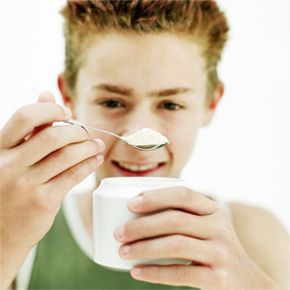 A spoonful of sugar makes pretty much anything go down. Just watch out for those empty calories.
Stockbyte/­Getty Images

We identify sugar with sweetness, which is one of the four main tastes, along with bitter, sour and salty (and umami). These tastes correspond to particular taste buds on the human tongue. A taste bud activates when a molecule of the appropriate shape touches it, then sending a message to the brain indicating what type of taste it's dealing with.

Besides evoking pleasure, sweetness can indicate that a food is safe to eat. Many naturalists advise nibbling on a tiny portion of a wild plant to determine if it's poisonous or not. A bitter taste indicates that the plant is likely unsafe. (Note: Don't get any ideas. Eating unfamiliar plants is still strongly discouraged.)

In the human body, glucose is used for cellular respiration. For this reason, it is often referred to as "blood sugar" because it travels through the blood and diffuses across cell membranes. But to get glucose (and fructose), the body must break down sucrose, a task aided by the enzyme sucrase.

While sugar essentially powers human cells, it's still basically empty calories. It provides a quick boost of easily processed energy but little else. Sugary foods rarely have any of the other carbohydrates, proteins, vitamins and minerals necessary for a healthy diet. And as you'll recall, any excess sugar in the body won't be used as energy and will instead be stored as fat.

Obesity, which excessive sugar consumption certainly can contribute to, boosts the chances of developing type 2 diabetes. Also, high blood-sugar levels cause the body to produce an excess of insulin, potentially damaging the pancreas. It can hinder the passage of blood proteins. There are various types of diabetes, and the complications from the disease are potentially fatal -- another reason why sugar should be consumed in small to moderate quantities.

Finally, mind your teeth: Sugar is a leading cause of cavities. Glycoproteins from sugar stick to the teeth and become magnets for bacteria. The bacteria eat the fructose in sugar and produce lactic acid as a byproduct. The lactic acid can contribute to the wearing down of tooth enamel and the formation of cavities.

Table sugar is extracted from the roots of sugar beets and the stalks of sugarcane. It's a big business: The world produces more than 78 million tons (71 metric tons) of sugarcane annually [source: The Sugar Bureau]. It can take up to 18 months for new cane stalks to be ready for harvest, and harvesting is often done now by machines on large plantations. Processing and packaging often occurs very close to the harvest location to prevent the harvested cane or beets from rotting.

The extraction process for sugar beets generally runs from September to February [source: The Sugar Bureau]. A beet is 17 percent sugar, so the task is to draw out this sugar from the beet, which is a root. The beets are sliced and placed in hot water, which produces a sugary juice. This juice then goes through several filtration, purification and concentration stages to isolate the sugars. The juice is also boiled so that it thickens and more crystals develop. The syrupy juice is then sent through a centrifuge to separate the crystals. The white crystals must then be granulated and packaged.

With sugarcane, the stalks are basically pulverized, and water and lime are added to produce a juice. The juice is boiled until the sugar crystallizes. The crystals are run through a centrifuge, which separates the syrup. In the final stages, the sugar goes through the refining process, which involves washing, filtration and other purification methods to produce pure, white sugar crystals. Depending on the factory, the previous stage might be skipped, and the raw sugar may be sent to other factories around the world for further processing and refining.

Sugar production can result in many byproducts, chief among them molasses. Leftover sugarcane might be used to fuel the refinery's boiler or to make paper. Molasses may also be combined with the dregs of sugar beets to make food for farm animals.

While the organic byproducts may be used, sugar production still poses some environmental problems. Transportation is a major factor, as all of that sugar has to be shipped on trucks and massive tanker ships, producing greenhouse gases. In addition, clear-cutting of land damages animal habitats, removes CO2-devouring trees and contributes to deforestation of valuable ecosystems like the Amazon rainforest.

Fueling You and Your Car: Uses of Sugar

Besides cooking, sugarcane is also popular for use in ethanol, which produces fewer greenhouse gas emissions than gasoline [source: Rohter]. It's a huge industry in Brazil, where most cars are equipped to accept ethanol, gas or flex fuels -- a mix of ethanol and gasoline. This flexibility allows consumers to better respond to changing fuel prices.

Testing indicates that sugar-based ethanol is up to 800 percent more energy-rich than corn-based ethanol [source: Rohter]. Technological advances in processing or genetically modified sugarcane might lead to even greater fuel efficiency. But there are concerns about the consequences of using sugar for fuel, including deforestation, the rights of farm workers and increases in costs of food, sugar and other staples.

If sugar-based ethanol falls out of favor, one potential successor might be sugar-devouring microorganisms. One such microbe, Rhodoferax ferrireducens, feeds on sugar and frees up electrons in the process, creating energy. This particular microbe yields much more energy than other attempts at microbial fuel cells and could potentially feed on waste matter or organic sugar compounds.

Ethanol is, in fact, an alcohol, and sugar is an essential component of all alcohols. Producers of beer, wine and spirits all rely on fermenting sugar (and sometimes other ingredients) to create alcohol.

For more information about sugar, uses of sugar and other related topics, click on over to the next page.

Does Candy Make You Break Out?

In the past, experts dismissed the notion that sugar spurred acne. But a 2007 study showed that foods with a high glycemic index -- those with lots of simple sugars -- appear to boost the development of acne [source: O'Connor]. ­ 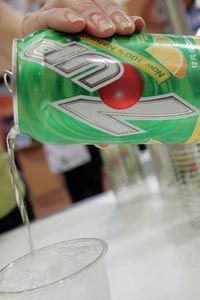 Up Next
How bad is high-fructose corn syrup for you?
Explore More 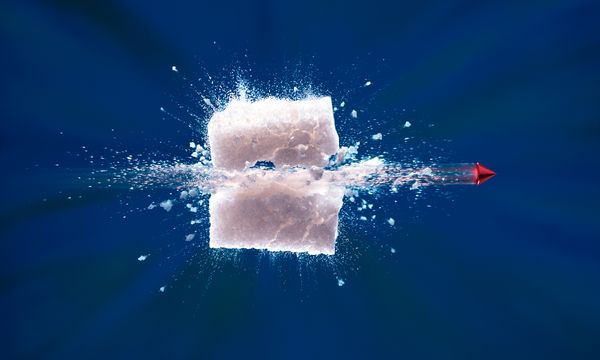 You May Like
How Can Sugar Explode?
Explore More 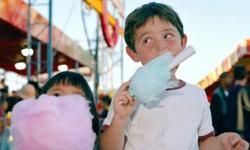