How Yogurt Is Made

Believe it or not, the basic method for manufacturing yogurt has been the same since milk curdled in those animal skins centuries ago. On the other hand, the recent demand for low fat and fruity yogurts made with very specific bacteria do require a few changes to the basic process.

First, the manufacturer separates the milk into skim and cream. To make sure the yogurt will have a thick texture regardless of its fat content, workers evaporate some of the liquid from the milk. Yogurt is also thickened with the addition of stabilizers such as gelatin or milk powder.

Workers heat the now-fairly thick milk to kill off any harmful bacteria through pasteurization. High temperatures help thicken the product further, but heating the milk for 15 seconds at 171 degrees Fahrenheit is all that's necessary to kill any bacteria [source: Wolke]. Any cream still left in the mixture will naturally separate from the milk. Manufacturers homogenize the milk to disperse the molecules of cream, creating a consistently smooth texture.

Next comes the most important step in making yogurt taste like yogurt. The manufacturer pours good bacteria in, although the amount and specific type varies greatly from one company to another. If you were making your own yogurt, this is when you put in the starter culture, or a scoop of store-bought yogurt identified by its live and active cultures (LAC) seal. You'd leave it for a few hours to let the microorganisms do their work. Heating the yogurt again will destroy these live cultures.

The bacteria work together to metabolize the milk sugar, or lactose, to form lactic acid, among other chemicals. After fermentation, which can take three or four hours, the mixture will no longer resemble the milk you started with. It'll be thick and creamy.

Finally, yogurt manufacturers add any sweeteners that are used in the product. Additives range from processed fruits to artificial sweeteners and are usually used to mask yogurt's acidic flavor.

Bacteria required for fermentation in yogurt in the United States are called Lactobacillus (that's the genus) bulgaricus (that's the species) and Streptococcus thermophilus. Manufacturers may also add Lactobacillus acidophilus. Lactobacilli are present in our intestines naturally, before we even eat a spoonful of yogurt. Adding them to yogurt helps replenish our supply.

What's in a Name

Often, yogurt companies or production companies patent strains of bacteria and give them different names on the packaging. This can cause problems when it comes to studying yogurt's health effects. Researchers focus their efforts on specific strains, and their results often apply only to those strains. For example, the strain Lactobacillus GG (LGG) was tested in clinical trials. It showed promising benefits for those with colon infection psuedomembranous colitis, which usually results from the use of antibiotics. In those clinical trials, LGG was also found to be helpful for children with atopic eczema [source: Wallace]. 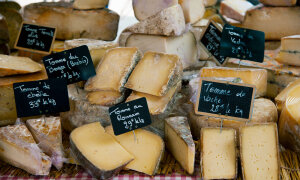 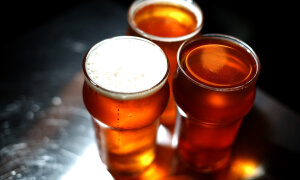 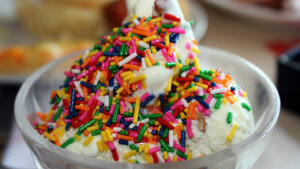