Whether you're ready to rock the mermaid look or simply want to hide your grays, it's hair dye to the rescue. And that's where things get a bit, ahem, hairy.

Each individual hair is made of three layers: core, cortex and cuticle. The core, also called the medulla, is surrounded by a thick layer of cells called the cortex (no relation to the brain). The cortex contains the pigmented cells that give your hair its color. And these pigmented cells are protected by the cuticle, which is a series of overlapping cells that cover the inner layers like armor.

Temporary hair dye attaches to the outside of the cuticle and then slips off during the next shampoo. Semi-permanent dye won't circle the drain that quickly, but it will still wash out in about 12 shampoos. It contains molecules small enough to slip between the cuticle scales and stick to the cortex, but it lacks the chemical reaction necessary to effect long-term change. And that's where permanent hair dye comes in.

Permanent hair dye has two main components, one to briefly weaken the cuticle's armor and the other to impart color and seal it in place. The result is a new hair color that will remain there until it is replaced by new hair growth — or the hair falls out.

The two components of permanent hair dye are mixed together, then immediately applied to the hair. One component is an alkaline mixture — usually an ammonia base — that temporarily relaxes the cuticle's scales and contains the two types of particles that will form the new hair color. The other component — typically a hydrogen peroxide base — penetrates the cortex and oxidizes melanin molecules to rid them of their color.

During the oxidation process, the melanin's double carbon-carbon electron bonds are destroyed and an oxygen atom fills the space. As a result, the melanin loses its color and releases sulfur atoms that cause that "hair dye" smell. It isn't actually the dye at all, but molecules being released from your hair.

At this point, the hair is now receptive to new color. As the dye is left on the hair to "process" for about 30 minutes, a reaction amongst previously colorless chemicals takes place and a custom shade of color develops. The pigmented particles of this new shade fit between the relaxed scales of the cuticle and penetrate the cortex, replacing your now-absent hair color. When the new color is deposited, it reacts with dye couplers to form a chemical partnership that makes the color molecules too large to escape the cortex layer.

Because the permanent color is trapped inside individual strands of hair, it will resist fading for multiple washes. Although the color may eventually start to look dull, it won't go away until it is completely replaced with new hair growth.

Now That's Cool
Gray hair often is associated with aging, but it could be an indicator of robust health. Researchers have discovered that wild boars sporting gray hair were at their physical prime and showed the lowest levels of oxidative cell damage associated with aging. Maybe someday they'll discover the same is true of humans, too.

Scholars Could Crack the Code of the Etruscan Language With Big, New Find 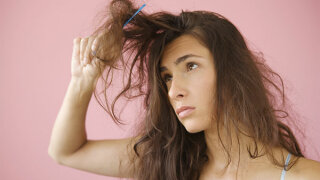 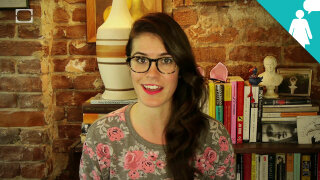 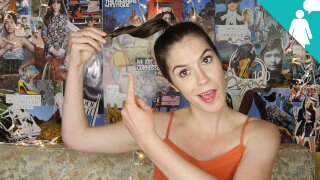