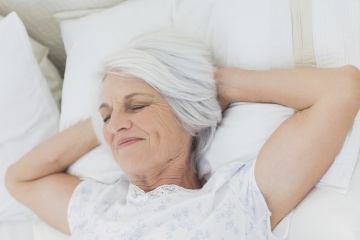 There’s a simple explanation for why hair might appear to turn white overnight.
4774344sean/iStock/Thinkstock

In 1793, on the evening Marie Antoinette, the dethroned queen of France, marched to the guillotine, her hair had turned completely white. The color change of her crowning locks became a hallmark of the French Revolution, and it's a historical footnote so compelling that today it describes a medical condition in which a person's hair suddenly loses its color.

Marie Antoinette syndrome occurs when people lose their hair color after receiving a great shock, undergoing a grievous loss or surviving a life-threatening situation. From English martyrs in the 16th century to World War II bombing survivors, history is ripe with accounts of hair turning silver within just a few hours or days of a traumatic event. But are these tales legitimately historical or historical fiction?

Even the story of Marie Antoinette isn't without controversy. Some believe her head of gray was the result of restricted access to hair dye and similar cosmetics while she was while imprisoned. These historical skeptics posit that her hair must have looked shockingly whiter when she was taken to the guillotine, leading onlookers to start rumors that her hair had changed color overnight.

Others attribute an overnight change in hair color to a condition called canities subita. As a result of this condition, hair might look like it turned white overnight, but there's a different, more plausible explanation. In most cases, the hair already comprised strands of varying colors, ranging from gray to darkly pigmented. If that dark hair suddenly falls out en masse, the light-colored hair is all that remains, giving the appearance of hair that was drastically altered overnight [source: Navarini].

Canities subita isn't the only condition that alters a head of hair. For most people, hair gradually loses its pigment over time, but it isn't noticeable until the white follicles reach critical mass. It's all part of a natural aging process during which the cells in our hair cease to make the melanin pigment they once did. Without these two types of pigment (one that makes hair follicles dark, another that gives them a red or yellow hue), hair becomes increasingly colorless.

What's more, researchers have discovered that the cells that make melanin also produce hydrogen peroxide. Hydrogen peroxide, as any non-natural blonde knows, is the chemical that lightens hair. It's possible that we stop breaking down hydrogen peroxide as we mature, which leads to an abundance of hydrogen peroxide and a shortage of melanin. In short, aging can lead to the sudden whitening of hair — and in some cases, the change appears to happen overnight.