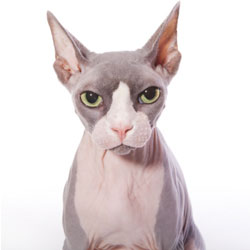 Comedian Steve Martin used to have a routine in which his pet cat figures out how to imitate his voice and orders $3,000 worth of cat toys from a mail-order company. The bit certainly resonated with cat owners, who know how easily felines can get into mischief when they're trying to alleviate boredom. In 2009, a New York-based inventor was granted a patent for one possible solution: a fold-up "cat toy park" equipped with a scratching post, a tunnel for crawling through, a hanging chew toy, and most ingeniously, a tube equipped with a fan that blows colored balls around a mesh tube, a game that's "devised to occupy one or more cats" [source: USPTO].

While cat fanciers may applaud the ingenuity of the concept, cats are notoriously fussy and capricious, and there's no guarantee they would choose to play with such a toy rather than, say, claw your antique furniture. Also, the value of having a portable cat entertainment center is questionable, since we've never seen a cat who was a willing traveler.