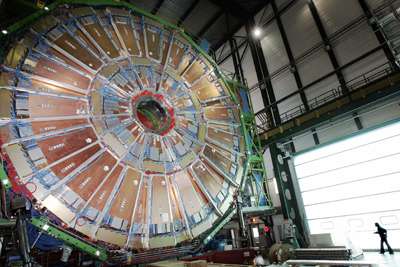 In­stead of using the scientific method -- investigating empirical evidence -- to study the quantum level, physicists must use thought experiments. Although these experiments are only carried out hypothetically, they're rooted in the data observed in quantum physics.

What scien­ce has observed at the quantum level has raised more questions than it has answered. The behavior of quantum particles is erratic, and our understanding of probability becomes questionable. For example, photons -- the smallest measure of light -- have been shown to exist in both particle and wave states. And the direction of particles is thought to travel in both directions at the same time, rather than in only one direction at different times. So when we examine the quantum world, we are outsiders to the knowledge it holds. As a result, our understanding of the universe as we know it is challenged.

This has led some to believe that our grasp of quantum physics is as basic as the understanding of ancient Egyptian astronomers centuries ago, who claimed that the sun was a god. A few scientists believe further investigation into quantum systems will reveal order and predictability within what we currently see as chaos. But is it possible that quantum systems can't be understood within the traditional models of science?

In this article, we'll look at what quantum suicide reveals about our universe, as well as other theories that either support or contradict it.

But first, why can't a physicist simply measure the particles he's attempting to study? In the next section, we'll learn about this fundamental flaw of quantum observation, as explained by Heisenberg's Uncertainty Principle.