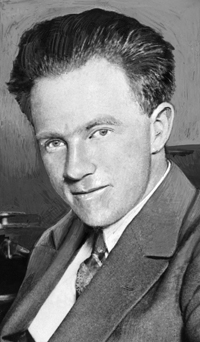 ­One of the biggest problems with quantum experiments is the seemingly unavoidable tendency of humans to influence the situati­on and velocity of small particles. This happens just by our observing the particles, and it has quantum physicists frustrated. To combat this, physicists have created enormous, elaborate machines like particle accelerators that remove any physical human influence from the process of accelerating a particle's energy of motion.

Still, the mixed results quantum physicists find when examining the same particle indicate that we just can't help but affect the behavior of quanta -- or quantum particles. Even the light physicists use to help them better see the objects they're observing can influence the behavior of quanta. Photons, for example -- the smallest measure of light, which have no mass or electrical charge -- can still bounce a particle around, changing its velocity and speed.

This is called Heisenberg's Uncertainty Principle. Werner Heisenberg, a German physicist, determined that our observations have an effect on the behavior of quanta. Heisenberg's Uncertainty Principle sounds difficult to understand -- even the name is kind of intimidating. But it's actually easy to comprehend, and once you do, you'll understand the fundamental principle of quantum mechanics.

Imagine that you're blind and over time you've developed a technique for determining how far away an object is by throwing a medicine ball at it. If you throw your medicine ball at a nearby stool, the ball will return quickly, and you'll know that it's close. If you throw the ball at something across the street from you, it'll take longer to return, and you'll know that the object is far away.

The problem i­s that when you throw a ball -- especially a heavy one like a medicine ball -- at something like a stool, the ball will knock the stool across the room and may even have enough momentum to bounce back. You can say where the stool was, but not where it is now. What's more, you could calculate the velocity of the stool after you hit it with the ball, but you have no idea what its velocity was before you hit it.

Of course, physicists aren't exactly throwing medicine balls at quanta to measure them, but even the slightest interference can cause the incredibly small particles to behave differently.

In the next section, we'll look at the basis for quantum suicide -- the Many-Worlds interpretation of quantum mechanics.